St Kitts & Nevis Patriots won the toss and chose to bat in this must-win game, but were restricted early on as the Knight Riders rotated five bowlers across the powerplay. 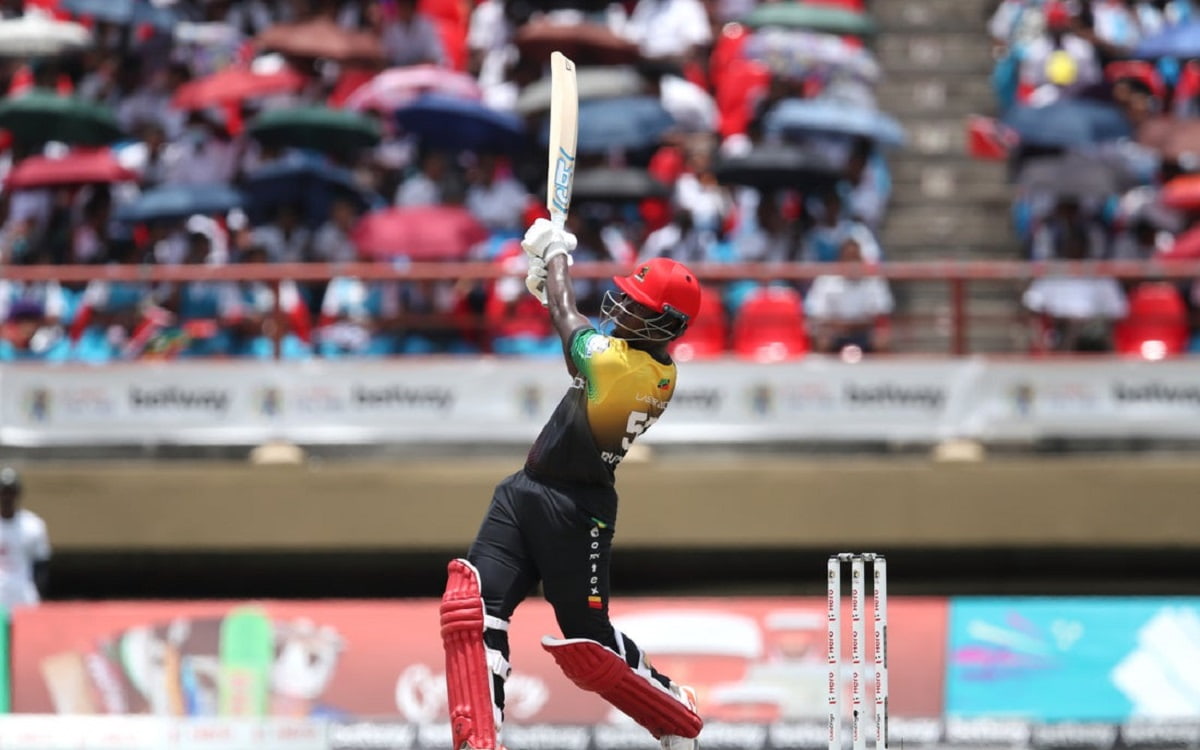 The St Kitts & Nevis Patriots secured a seven-run win over the Trinbago Knight Riders to stay in contention for a 2022 Hero Caribbean Premier League (CPL) play-off spot here on Friday.

St Kitts & Nevis Patriots won the toss and chose to bat in this must-win game, but were restricted early on as the Knight Riders rotated five bowlers across the powerplay.

Sherfane Rutherford would change the complexion of the innings with a brilliant 78 runs, aided by a spectacular cameo from Dewald Brevis, to take the Patriots to 163/6.

Patriots were frustrated by the bowling of the Knight Riders in the first ten overs, reaching 43/3 and having lost the key wicket of Evin Lewis. Rutherford would then shoulder the responsibility of carrying the innings. Brevis scored 30 runs from just six balls, constantly clearing the boundary.

In their chase, the Trinbago Knight Riders struggled to build partnerships as wickets consistently fell. Despite this, they remained with a chance of winning the match as Tim Seifert and Andre Russell scored crucial late runs, but it proved to be in vain as they could only muster 156/7, losing by seven runs.

Guyana Amazon Warriors made it two from two in their home leg of the Hero Caribbean Premier League (CPL) with a thrilling run chase to defeat the Saint Lucia Kings.

The Kings won the toss and opted to bat first, and their captain Faf Du Plessis showed why with a magnificent century to lead the way. His 103 came off 59 balls to help his side set the highest team total in the Hero CPL this year. An outstanding 194/5 looked like very a big target but the Amazon Warriors had other ideas.

The Kings had shown what a good wicket it was, teeing off from ball one to reach 100 runs in 10 overs. Du Plessis was faultless in his stroke play targeting all corners of the ground and brought up his century in the 17th over of the match.

Late runs from Roston Chase helped the Kings set the Warriors 195 to win but if the chase seemed insurmountable the Warriors made light of it in front of a fever pitch Providence crowd.

Rahmunullah Gurbaz (52 off 26 balls) and Chandrapaul Hemraj got the Amazon Warriors reply off to a fantastic start reaching 71 runs at the end of the PowerPlay and that enabled the Warriors to always be in the hunt for victory.