Hero CPL leading run scorer, Kyle Mayers, hit a stunning 79 from 35 balls to guide the Royals to the edge of victory. 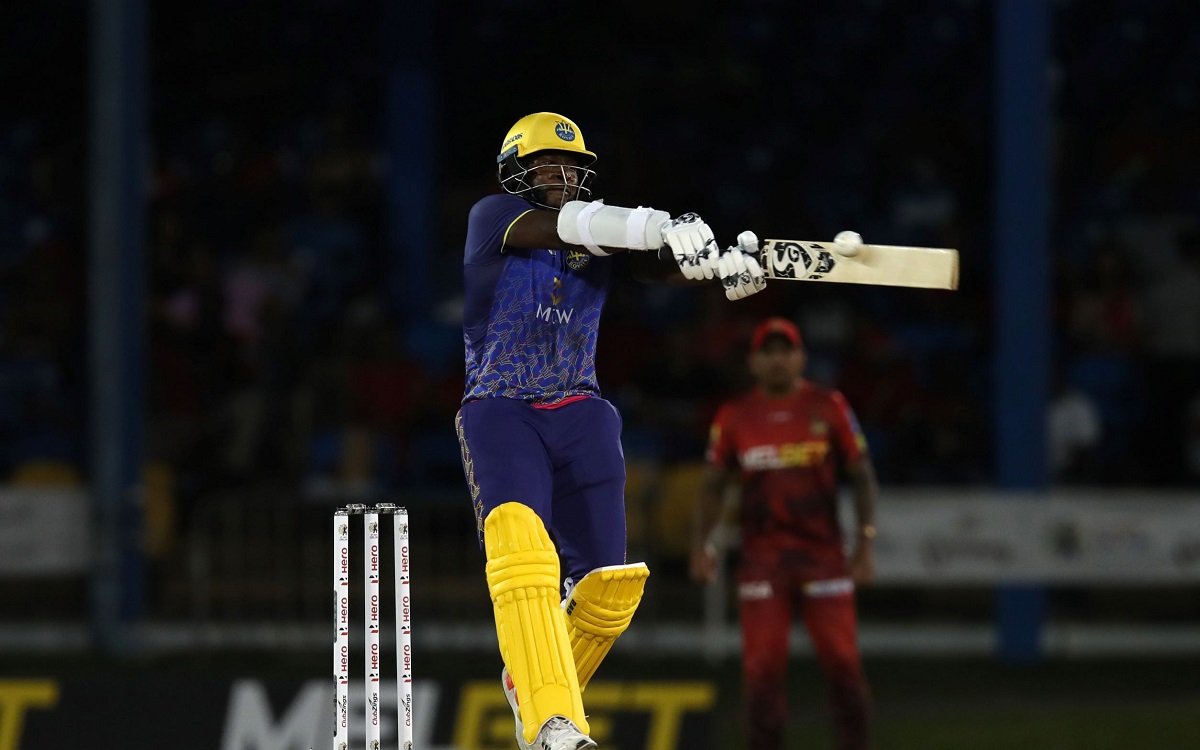 Barbados Royals batsmen Kyle Mayers and Corbin Bosch put on 98 for the second wicket and made it an easy eight-wicket win over Trinbago Knight Riders in the Hero Caribbean Premier League (CPL).

This was after Mujeeb Ur Rehman took three for 17 as TKR were restricted to 132.

That helped Barbados Royals keep their unbeaten run intact as they made it six wins from six matches in CPL.

The Barbados Royals won the toss and opted to field first. Their spinners Rahkeem Cornwall and Mujeeb Ur Rahman wreaked havoc as four wickets fell in the first seven overs and the Knight Riders struggled to get back into the game.

Nicholas Pooran put up a valiant fight with a battling half century but the 132 they posted was short of a competitive total.

Chasing the modest target Mayers hit a blistering 79 to stun the crowd at Queens Park Oval and Royals cruised to a comfortable win.

Bowling first Royals took out the Knight Riders top order in Powerplay. Cornwall and the debuting Mujeeb Ur Rahman dismissed Tion Webster, Colin Munro and Tim Seifert in quick succession to leave Nicholas Pooran and Kieron Pollard with a major rescue job on their hands.

When Pollard fell to Rahman straight after the Power Play all looked lost for the Knight Riders but Pooran and Narine put together a fine rebuilding partnership to leave the home team well set at 100 for 4 with five overs to go. That did not last long.

For Knight Riders Daryn Dupavillon provided the early joy by clean bowling Cornwall for one. But then the Hero CPL leading run scorer, Kyle Mayers, hit a stunning 79 from 35 balls to guide the Royals to the edge of victory. Corbin Bosch and Quinton De Kock saw out the remaining runs with minimum fuss.