COVID-19 preventing me from hitting sixes & do what I do best: Andre Russell

New Delhi, May 5: Swashbuckling West Indies all-rounder Andre Russell has admitted that he is badly missing the Indian Premier League (IPL) which currently stands suspended indefinitely due to the coronavirus pandemic. 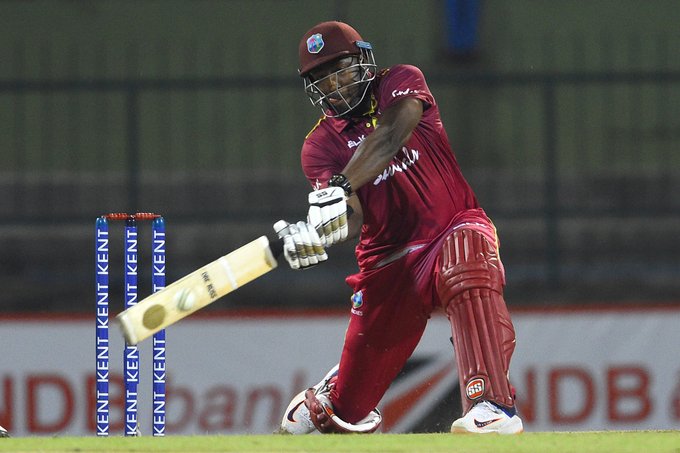 Russell would have been in the thick of the 2020 season of the IPL at this time had it not been for the coronavirus pandemic forcing the postponement of the T20 league.


Ben Stokes to run half marathon to raise funds for charity

"It's not a situation that anyone would want to be in. It is affecting the whole world, and it is affecting me, preventing me from hitting those sixes and do what I do best," said Russell while speaking on Star Sports' show 'Cricket Connected'.

"I would have been in India right now enjoying the atmosphere and all the good vibes there, but we have to stay as safe as we can at the moment," he added.

The star all-rounder further confessed that he gets the "most goosebumps" while playing cricket when he is playing in the IPL, even more than playing at home in the Caribbean Premier League (CPL).

"Let me confess something, IPL is where I get the most goosebumps. I get that in the CPL (Caribbean Premier League) as well, but when it comes to playing in the IPL, especially at Eden Gardens, there is no comparison to that crowd," said the 32-year-old.

"When I walk out before facing a ball, the welcome I get is love, and yes it puts pressure on me. But it's a good kind of pressure," he added.

Russell made his IPL debut with Delhi Daredevils in 2012. But sparse chances and injuries restricted his number of games to a handful for the first two editions.

Before 2014 edition, he was roped in by KKR. But he could feature in only a couple of games in that season. However, the tide changed for good in 2015 and it saw Russell score 326 runs at an astounding strike-rate of 192. He also starred with the ball and picked up 14 wickets.

The 2016 edition saw him perform predominantly with the ball as he picked 15 wickets besides scoring 188 runs. KKR made it to the play-offs but failed to make it to the finale.

After serving a one-year ban, the West Indies all-rounder ended up with 13 wickets and more than 300 runs in the 2018 season. In the last season, Russell scored a massive tally of 510 runs besides picking up 11 wickets.

In total, Russell has so far played 64 IPL matches in which he has scored 1,400 runs and picked up 55 wickets.