Corrected a few mistakes we made in 2nd T20I: Quinton De Kock 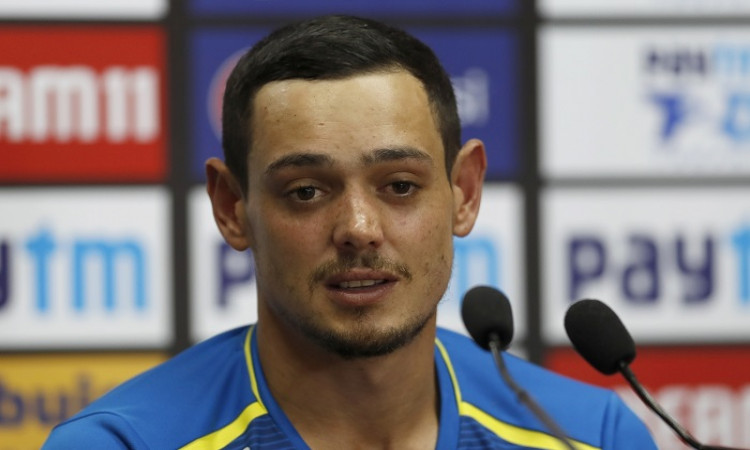 Bengaluru, Sep 22:  South African captain Quinton de Kock was all praise for Beuran Hendricks after the Proteas' nine-wicket win over India in the third T20I. Hendricks was man of the match for his figures of 2/14 as South Africa restricted India to 134/9 and then chased down the target with over three overs to spare.

"I think we kept it nice and simple," said de Kock in the post-match presentation.

Also Read: We weren't able to read the tempo of the game well: Virat Kohli

"Focused on hitting a good length. Our spinners kept it tight too. Beuran bowled really well, he's got the skills. Sometimes it's better on these wickets to take the pace off."

De Kock had said at the toss that South Africa will be looking to correct a few mistakes they made in the previous match that led to an eight-wicket defeat. He believes that they have managed to that. "We fixed one or two things from our mistakes in the last game. Our intensity in the field has also been really good," he said.

De Kock was also man of the series for his individual efforts with the bat. The wicket keeper, who was chosen as captain in place of Faf du Plessis at the start of the series, scored 52 in the second T20I and was unbeaten on 79 in the third.