Contracts of likes of Pujara & Rahane can be re-looked, says Shantha 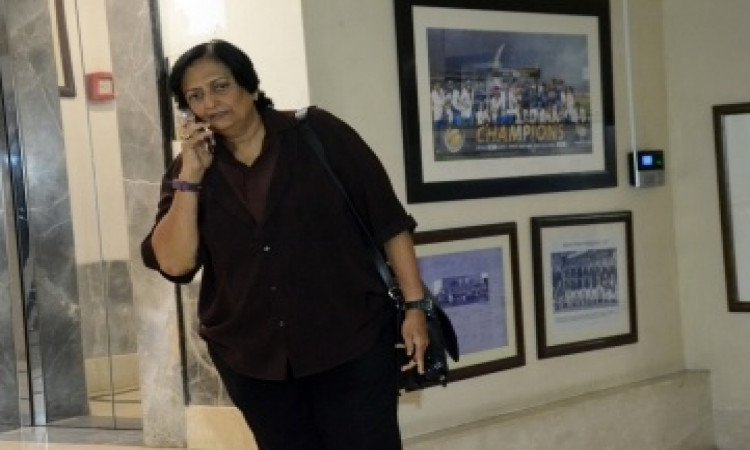 New Delhi, Oct 18 India skipper Virat Kohli has time and again spoken about how the cricketers playing only one format of the game for the country -- especially Tests -- need to be remunerated well so that not being a part of the limited-overs format or the Indian Premier League doesn't demoralise them. And Indian Cricketers Association (ICA) female representative to the BCCI Apex Council Shantha Rangaswamy believes that with Sourav Ganguly at the helm of affairs, the welfare of cricketers will definitely be the priority.

Speaking to IANS, the first captain of the Indian woman's team said that Kohli's idea does make sense and while there is a policy in place when it comes to the contracts of the Indian players, a re-look could be done keeping in mind players like Cheteshwar Pujara and Test deputy Ajinkya Rahane.

Also Read: Will try to make it 3-0 this time: Wriddhiman Saha

"We already have brackets wherein Virat plays all three formats so he is in the highest bracket. Some play only Tests, some play T20Is, so they are remunerated accordingly. With Ganguly there (as President), it can be revisited. And maybe what is good for the game and the welfare of the players can be taken up.

"I think what Virat had advocated for is sensible. In fact (apart from Pujara) even Rahane for that matter doesn't play T20Is for India, but their performances mean that what they are getting could be re-looked. I think Virat has a very valid point in there and I am sure the new BCCI Apex Council will look into the matter and hopefully it will be done keeping the interest of the players in mind as the President is a former cricketer," she said.

Interestingly, at present only three Indian players are in the A+ category and they are Kohli, Rohit Sharma and Jasprit Bumrah. The likes of Pujara and Rahane are in the A category.

In countries like Australia, it is the cricketers' association which looks into matters like the payment structure and discuss the contracts of players with the board, but Shantha is quick to explain the difference in those associations and the ICA.

"I don't think we can draw a parallel with professional cricketers' association across the world. For example, the professional cricketers association in Australia has seven members and current players are its members. But here, it is only the retired players. Also, the first thing is that ICA isn't a paid union, so, we may take up their matter, but then, the contracts and all the Apex Council will primarily decide. Yes, Anshuman Gaekwad and I will be there and we will surely be representing the interest of the players and back player centric policies," she said.

Asked if along with Gaekwad she would be in constant touch with the ICA, Shantha said: "The two of us will be in the BCCI and the players association will be headed by Ashok Malhotra. We will be in the BCCI Apex Council and the opinions that they share with us, we will look to make their voices heard."