Congress backs Dhoni over 'Balidaan Badge' on his glove

June 7 (CRICKETNMORE) A day after the International Cricket Council asked the Board of Control for Cricket in India (BCCI) to get the "Balidaan Badge" removed from M.S. Dhoni's wicketkeeping glove 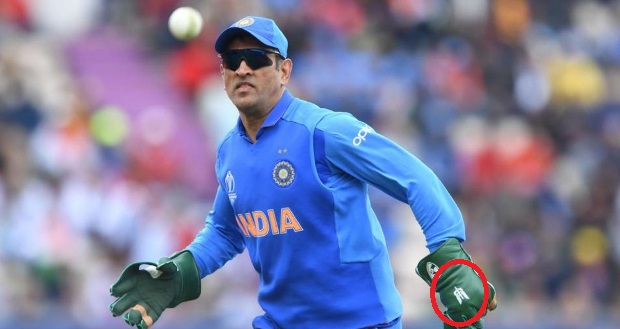 June 7 (CRICKETNMORE) A day after the International Cricket Council asked the Board of Control for Cricket in India (BCCI) to get the "Balidaan Badge" removed from M.S. Dhoni's wicketkeeping gloves, the Congress on Friday came out in support of the former captain saying the insignia on his gloves is neither political nor religious.

"MS Dhoni is a Lt. colonel in the Indian Army. Moreover he is a special forces designate. ICC rules states that any form of political, religious & racial statement can't be made with the playing outfit. The insignia does none of that," Congress Rajya Sabha MP Abhishek Manu Singhvi tweeted with the hashtag "#DhoniKeepTheGlove".

India's opening game in the ongoing World Cup saw Dhoni once again profess his love for the security forces after he was spotted with the regimental dagger insignia of the Indian Para Special Forces on his wicket-keeping gloves.

The Army insignia was spotted on Dhoni's gloves as television replays showed him stumping Phehlukwayo in the 40th over of the innings bowled by Yuzvendra Chahal.

Balidaan is a distinct insignia of the special forces, which form part of the Parachute Regiment. It has a commando dagger pointed downwards, with upward-extending wings extending from the blade and a scroll superimposed on the blade with "Balidaan" inscribed in Devanagari script. Only paramilitary commandos are allowed to wear the Balidaan badge.

Dhoni, who has been conferred an honorary rank of Lieutenant Colonel in the Parachute Regiment in 2011, had also undergone training under the Para Brigade in 2015.