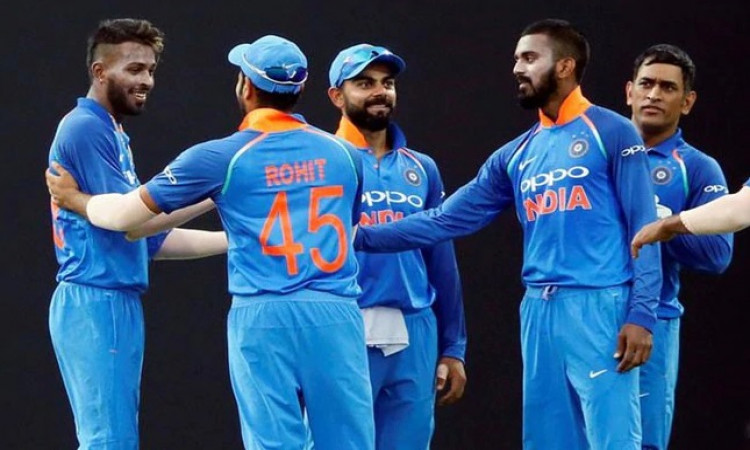 New Delhi, Jan 10 (CRICKETNNORE):  A two-match ban has been suggested for international cricketers Hardik Pandya and Lokesh Rahul for their alleged "sexist" comments during a talk show hosted by Bollywood filmmaker Karan Johar after a row erupted over their remarks.

The chief of BCCI's Committee of Administrators (COA) Vinod Rai on Thursday made the suggestion for a ban from two-One Day Internationals (ODIs) in an email conversation with the other member of the CoA, Diana Eduljee, after a storm blew up, mainly over Pandya's remarks - including over his ways with women.

"I have seen the remarks made by these two players on the show in print today. Very crass. No apology can cover it. I had asked Diana to suggest penalty because I had not seen the clip. I think we need to give both of them a two-match suspension," Rai said in the email.

The CoA had issued a showcause notice to Pandya and Rahul and gave them 24 hours to reply. Pandya responded to the notice on Wednesday but the Committee was not happy with it.

Pandya, who was accompanied on the show by Rahul, said he got "carried away by the nature" of the show, where he boasted about hooking up with multiple women and how he was open with his parents about his adventures.

"After reflecting on my comments on Koffee with Karan, I would like to apologise to everyone concerned who I may have hurt in any way," Pandya wrote on Twitter on Wednesday.

"Honestly, I got a bit carried away with the nature of the show. In no way did I mean to disrespect or hurt anyone's sentiments. Respect," he added.

Pandya is currently with the Indian team in Australia where they recently registered a historic 2-1 Test series win, the first in India's cricketing history Down Under.