Sir Clive Lloyd received his knighthood and Eoin Morgan collected his CBE in a ceremony at Windsor Castle, here on Wednesday. 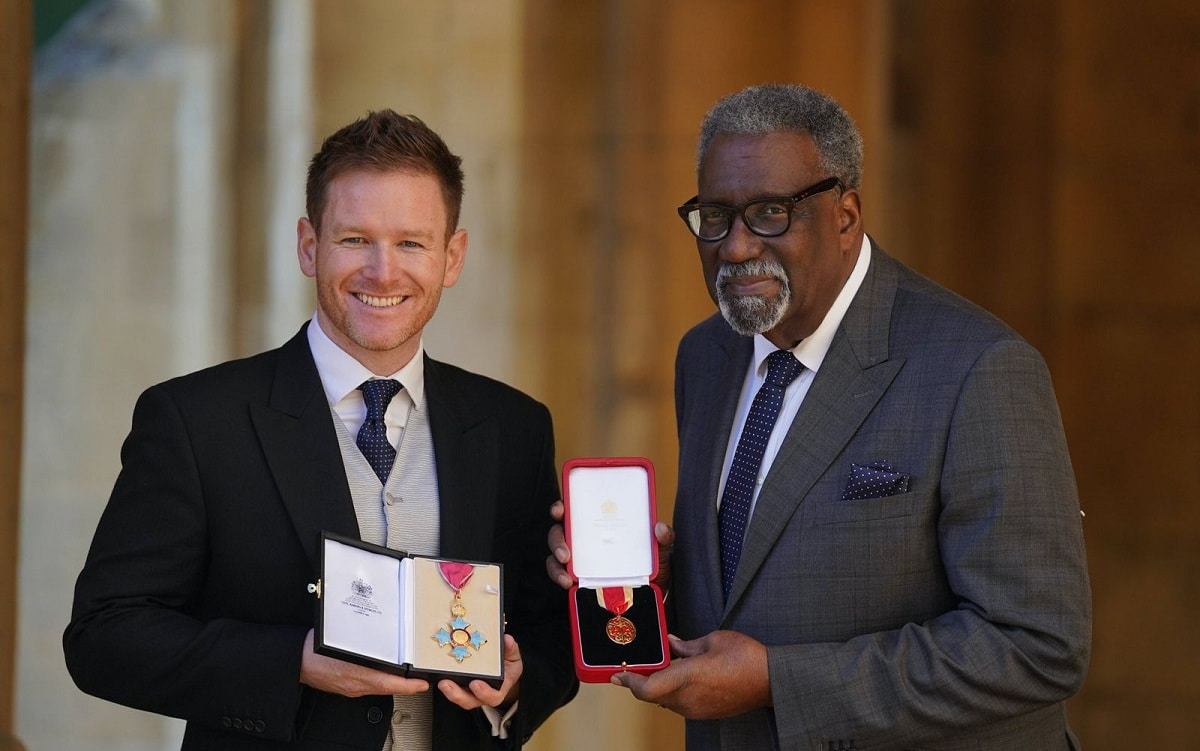 England white-ball captain Morgan received his CBE for services to cricket from the Duke of Cambridge at Windsor Castle. He was awarded the honour at the end of 2019, the year in which he led England to their maiden 50 over World Cup title at Lord's.

However, the investiture has been delayed until now as a consequence of the pandemic, the English cricket magazine 'The Cricketer' said in a report.

Notably, Morgan was one of four squad members recognised at the time, with Ben Stokes made an OBE, while Jos Buttler and Joe Root became MBEs.

"I'm very proud to have been awarded a CBE. Winning the World Cup has been a dream come true and the honours and awards that have come since that day at Lord's really mean a lot to everyone connected with the team,'' the England skipper had said
at the time.

"The events of that day at Lord's were the result of many years of hard work and dedication, and I see this honour - and the honours for my team-mates – as honours for the whole team, for everything they put into winning that tournament and getting over the line,'' he added.

Meanwhile, Former West Indies captain and legendary Sir Clive Lloyd, who had already been honoured with a CBE, has been presented with a knighthood for services to cricket. Like Morgan, his honour was also revealed at the end of 2019.

Lloyd, who led West Indies to huge success between 1974 and 1985 and under whom the Caribbean team dominated international cricket, scored 7,515 Test runs.