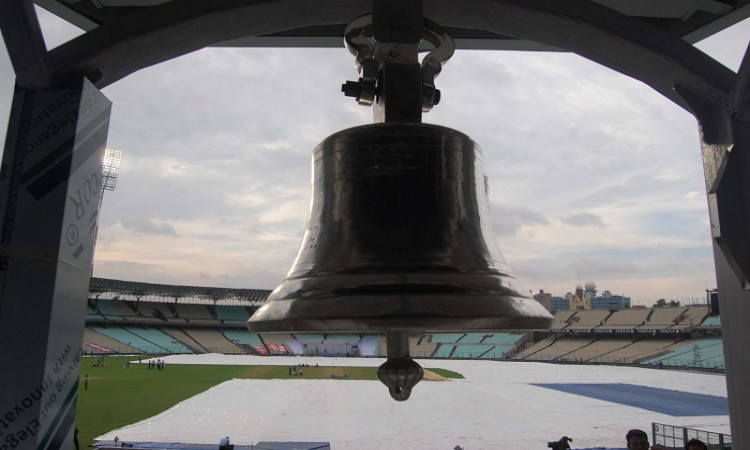 Kolkata, Nov 7: The Sourav Ganguly-led BCCI, which is organising India's first ever Day-Night Test at the Eden Gardens from November 22, is keen to get Magnus Carlsen and Viswanathan Anand to ring the bell to signal the start of play at the historic ground when India and Bangladesh face-off in the second Test of the two-match series.

Speaking to IANS, a senior Cricket Association of Bengal official said that since the Grand Chess Tour will be on in the City of Joy, it would be a beautiful occasion to get the duo of Carlsen and Anand to ring the bell. But he went on to add that logistics is what needs to be worked out.

"It will be great to have the two legends of the game of chess to come and ring the bell. But first, we need to work out the scheduling as the timings of both the events are almost clashing. But we are keen and will look to see what can be done," the official said.

"The BCCI has invited Carlsen to ring the Eden bell and if time permits he along with Anand will be seen at the stadium on one of the five days," he said.

BCCI President Ganguly is leaving no stone unturned to ensure that the first Day-Night Test is a spectacle.

In the plan proposed by Star to Ganguly for the pink ball Test, accessed by IANS, all former captains of the Indian team are to be invited for the first two days of the Test match and will be asked to share their favourite moments from India's Test history.

"Invite India Test captains for Day 1 & 2 of the Test. All captains at the ground along with (Virat) Kohli and the rest of the team as well as the dignitaries line up for the anthem. Captains appear on commentary as guests through the day to recollect their favourite moments from India's Test history. Down memory lane segments recorded with individual captains are played on the big screen at the ground in breaks Day 4 onwards," reads the plan for the former India captains.

This will interestingly be the first time that M.S. Dhoni will be seen donning the role of commentator and if the former skipper does accept the invite that has supposedly already been sent, it will undoubtedly be a treat for the fans who can never have enough of their Captain Cool.