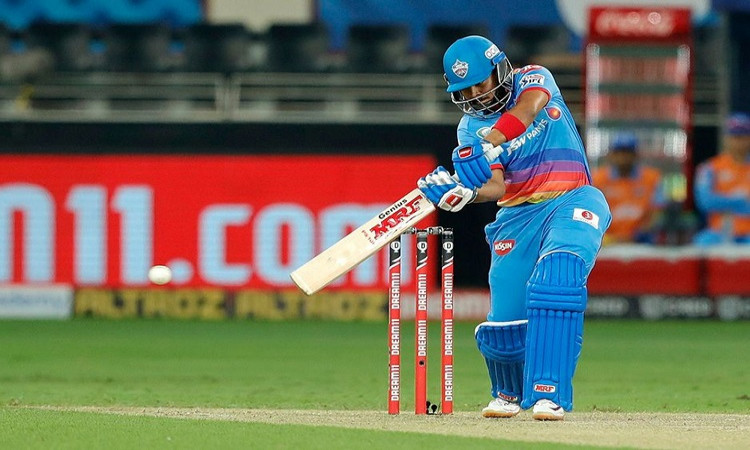 Shaw's batting average this season is already up by a few runs. Against an average of 22.06 last year and 27.22 in 2018, the Delhi Capitals' batsman is averaging close to 36 this season, so far.

Experts have attributed a change in technique to the improvement. Shaw has moved a bit to the off-stump, opening for himself space on the leg-side to score runs and correcting a small error that was seemingly causing him trouble.

Delhi Capitals' head coach Ricky Ponting said that Shaw has been analyzing his game and making changes. The coach said that the opening batsman's back foot would go too far down to the leg-stump and by moving to off he has compensated for that.

"He is technically very good, he is very good against fast bowling and spin bowling. He made that adjustment to be able to play. Instead of having his feet too far to the leg-stump. He's got us off to another good start today," Ponting said during the match against the RCB on Monday.

"He is a very talented batsman who has shots both on the off- and the on-side. Such adjustments are usually in this format but they are usually determined with regard to the line the bowlers are bowling and the field placements," Vengsarkar told.

With fine-leg up in power-play overs, moving a bit to the offside can also open up the possibility of scoring more boundaries through that area.

Vengsarkar feels it shouldn't be a hard-and-fast rule.

"You have to plan as per the line and length of bowlers, field placements -- and these adjustments can be made on the crease also. He has got very good shots on the off-side also and they shouldn't suffer. When you are making adjustments, you should not forget that you have strong areas and they shouldn't be forgotten and lost," said Vengsarkar.

Shaw was a bit disappointed after failing to complete his third half-century.

"I would have carried on after the power-play, but unfortunately I lofted it. However, it's just a game and I think this has become history now, so I'll leave this over here itself and concentrate on the next game," he said.