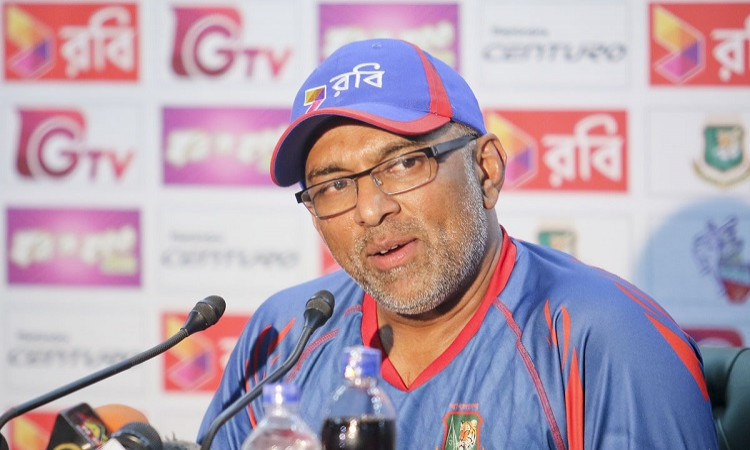 It is a role the former Sri Lankan coach first held in 2011 before replacing Shane Jurgensen as the head coach of Bangladesh in 2014.

Under Hathurusingha, Bangladesh reached the quarter-final of the World Cup in 2015 and won ODI series against Pakistan, India and South Africa in the same year. He then went on to coach Sri Lanka from 2017 to last year.

Looking forward to rejoining the Blues, Hathurusingha, in a statement, said: "It is one of the best working environments I have experienced being part of NSW."

"The best part is there is always a lot of talent coming through NSW cricket.

"I learnt a lot about the culture last time working with established players like Michael Clarke, Brad Haddin and Shane Watson and we had young players like Steve Smith, David Warner, Peter Nevill, Moises Henriques and Kurtis Patterson coming through who have gone on to higher honours.

"Coaching at international level has given me a lot of confidence in my methods and I'm looking forward to bringing that experience to the Blues," he added.

Current Blues coach Phil Jaques was mentored by Hathurusingha during the last season of the left hander's playing career with the Blues.

Hathurusingha played 26 Test matches for Sri Lanka between 1991 and 1999 as a compact right-hand batsman. He forged a successful opening partnership with Roshan Mahanama and also played in 35 ODIs.

Hathurusingha was also a handy right-arm medium pace bowler who took 17 Test wickets including those of David Boon, Dean Jones, Mark Waugh and Allan Border in one session during the 1992 Test match in Colombo.

Since retiring as a player in 2005, Hathurusingha has devoted himself to coaching. He was the head coach of Sri Lanka A between 2006 and 2009 before being appointed assistant coach of the national team under Trevor Bayliss between 2009 and 2010.