Chahal, Axar star as India 'A' beat South Africa 'A'

Aug 29 (CRICKETNMORE) Star India leggie Yuzvendra Chahal took five wickets while Axar Patel displayed an all-round performance to help India 'A' ease past South Africa 'A' by 69 runs in the first one-day on Thursday. Chahal returned figures of 5/47 as the South Africa batsmen struggled to cope with his guile. Axar, who was adjudged Man of the Match for his whirlwind unbeaten 36-ball 60 (6x4, 3x6) with the bat, supported Chahal well by taking two wickets for 39 runs in eight overs. 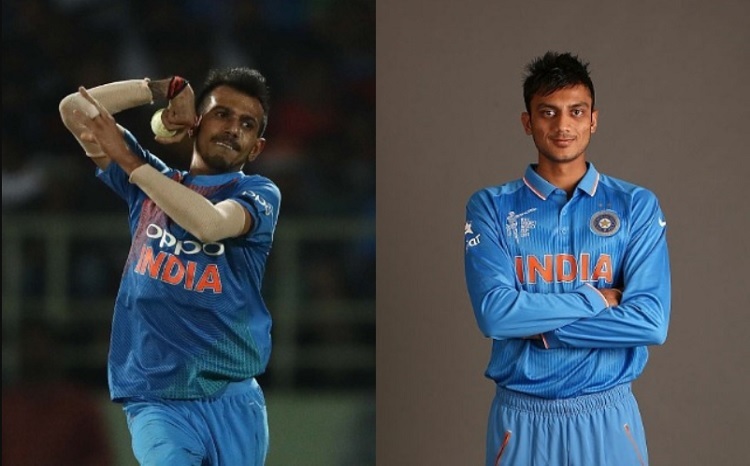 After being asked to bat first by Proteas skipper Temba Bavuma, India 'A' kept losing wickets at regular intervals to be in a spot of bother at 206/6 in the 36th over.

Opener Shubman Gill, who was not picked for the West Indies tour causing a flutter, missed out on a half century as he was dismissed for 46 by left-arm spinner Bjorn Fortuin.

Skipper Manish Pandey, who played the T20s in the Caribbean without much success, managed 39 before getting out while stumper Ishan Kishan too got a start (37) but could not carry on. It was then that Axar and Dube joined hands to take India to 327 which was always going to be challenging for South Africa. Axar was explosive as he took the bowlers to the cleaners while Dube also crunched a few big sixes.

It was all Chahal show from there on as he never allowed the visiting batsmen to settle down by using his variations to perfection. Hendricks played brilliantly for his century and Klaasen too, looked his usual destructive self, scoring a quick 58 but other batsmen failed around them.