WATCH: Buttler Smacks 4 Sixes & Gets Out In The Same Over Against Young Shokeen

RR vs MI IPL 2022: Shokeen dismisses Buttler after getting thrashed for 24 runs in 4 deliveries. 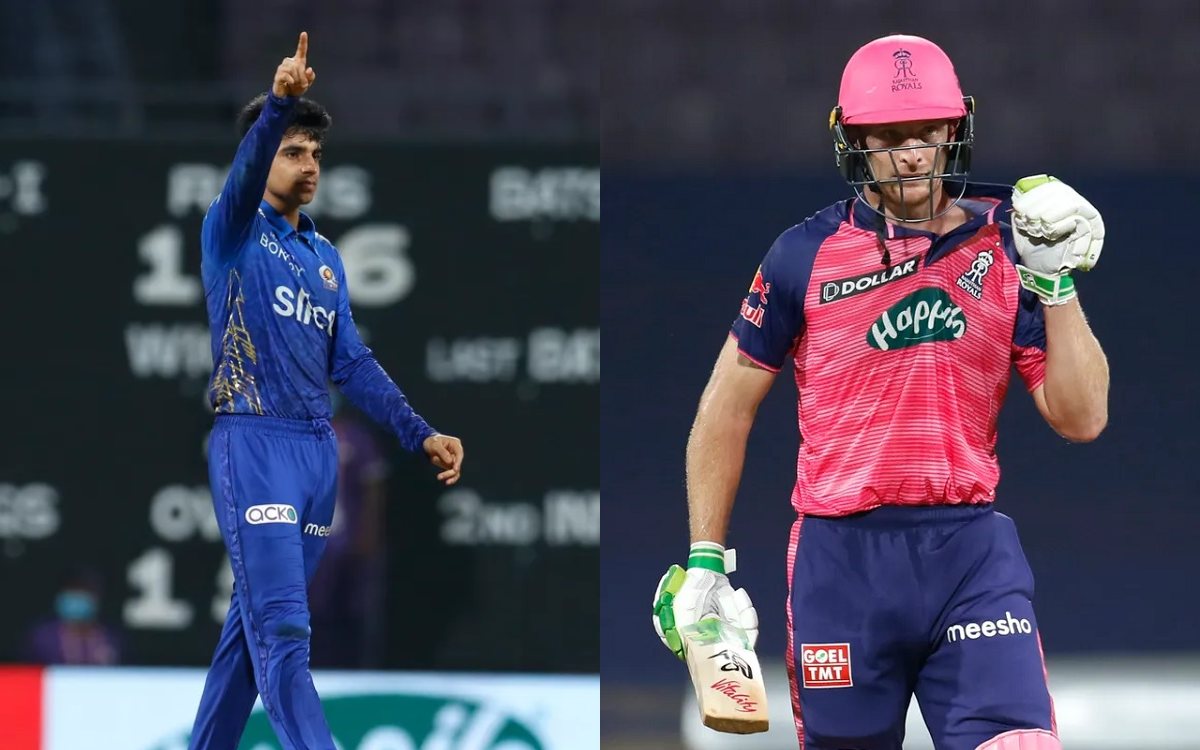 RR vs MI IPL 2022: Young Hrithik Shokeen finally managed to get his debut match after going wicketless for his first two matches. Buttler, in a rampant form, took on the youngster, bullying with 24 runs in 4 deliveries. However, the youngster didn't allow the Englishman to bully him and sent him back to the pavilion in the same over!

After being asked to bat first, Buttler maintained his good form despite a very rare low-scoring outing in the last fixture. Opening the innings, as wickets 3 wickets fell on the other end, Buttler carefully tackled the bowlers, batting at 43(46) after the end of 15 overs.
Hrithik Shokeen, MI's young right-arm off-spin bowler, was playing his 3rd IPL match after making his debut earlier in the season.

After going wicketless for the first two matches, Hrithik finally managed to pick his first wicket in the form of Rajasthan Royals Sanju Samson, who was looking dangerous with 16 runs off 7 balls.

Shokeen came on to bowl the 16th over, and Buttler began his onslaught. The Englishman hadn't smacked a six in this match yet, and began the over with a six as he rushed down the track and lofted the length ball over long-on.

However, Buttler took a break after this onslaught to get his shoelaces tied. Shokeen then bowled a brilliant 5th bowl as he came around the wicket and the ball turned in late to stay inside the wide line on the offside. On the last delivery, Shokeen bowled another delivery drifting outside off. Buttler reached out to heave it for another six. However, failed to get the power required and Suryakumar completed the catch inside the boundary. Buttler was dismissed after scoring 67 runs in 52 balls along with 5 fours & 4 sixes.