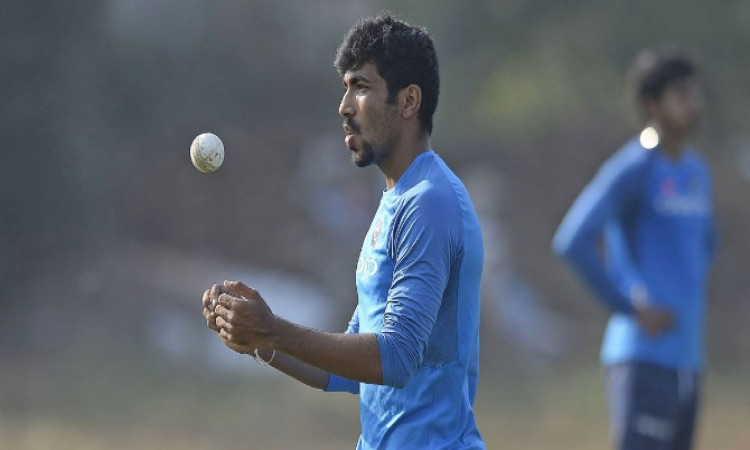 June 20 (CRICKETNMORE) A Jasprit Bumrah yorker had crushed Vijay Shankar's toe during training on Wednesday. With opener Shikhar Dhawan already out with a fractured thumb, the Indian team management would have hoped that it wasn't anything serious and the pace spearhead confirmed the same while addressing the media on Thursday.

"It was unfortunate that Vijay got injured off my ball, but he is fine," Bumrah said.

The pacer feels it is really unfortunate that Dhawan has to miss the rest of the tournament after the thumb injury, but added that the team needed to move forward.

"It is unfortunate that he (Dhawan) is out of the World Cup. He played a really good innings against Australia. We are a good side and we have to move forward," he said.

Bumrah said that the conditions are most helpless in England. "The wickets are flat and we are taking that into consideration and working accordingly. You have to focus on accuracy and after that if you get some help that is good," he revealed.

Commenting on the preparation that the fast bowlers undergo ahead of the games, he said: "The best preparation for me is to bowl and that is what I am doing. We are not taking any team lightly. We are focusing all the teams in the same manner."