Bumrah And Boult Bowled Well Towards The End: Warner

SunRisers Hyderabad (SRH) captain David Warner's 60 was not enough as his side fell to a 34-run defeat to Mumbai Indians (MI) on Sunday at the Sharjah Cricket Stadium. Warner said that the combined efforts of MI's Jasprit Bumrah and Trent Boult in the death overs made it difficult for SRH to keep up with the required run rate. 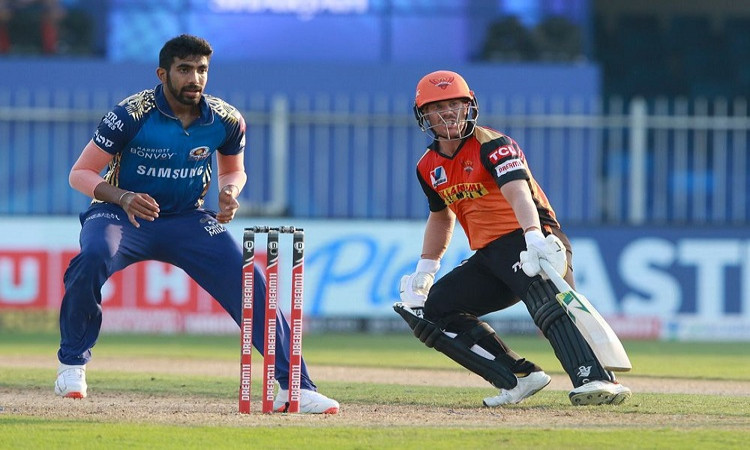 "The stats do tell the tale, their two most experienced bowlers, they bowled well towards the end and we couldn't target the fence," said Warner after the match. Chasing MI's score of 208/5, SRH could only reach 174/7. It is the first time this season that a team has not been able to cross 200 in Sharjah.

"Look, I think we didn't gauge the wicket properly, during the daytime it's perhaps a bit slower and when the ball gets soft - it's difficult to hit the wicket harder. They had runs on the board and we were left chasing at 10 RPO - we didn't string partnerships together to take the chase deeper," he said.

Warner kept SRH in the chase while batting with the top order consisting of his opening partner Jonny Bairstow, Manish Pandey, and Kane Williamson but SRH fell off the pace after they lost their third wicket.

"It wasn't easy to start off (while batting), lack of partnerships as I said, losing wickets back-to-back isn't ideal, but there were a few positives coming out of this match. It was the first game here, our next game on this ground will be under lights, so obviously the ball might come onto the bat a lot better," he said.