The decision to throw the ball to Kyle Jamieson, a first-change bowler for New Zealand, to open the bowling attack on the reserve day of the World Test Championship final against India was a Kane Williamson "masterstroke", feels former Black Caps skipper Brendon McCullum. 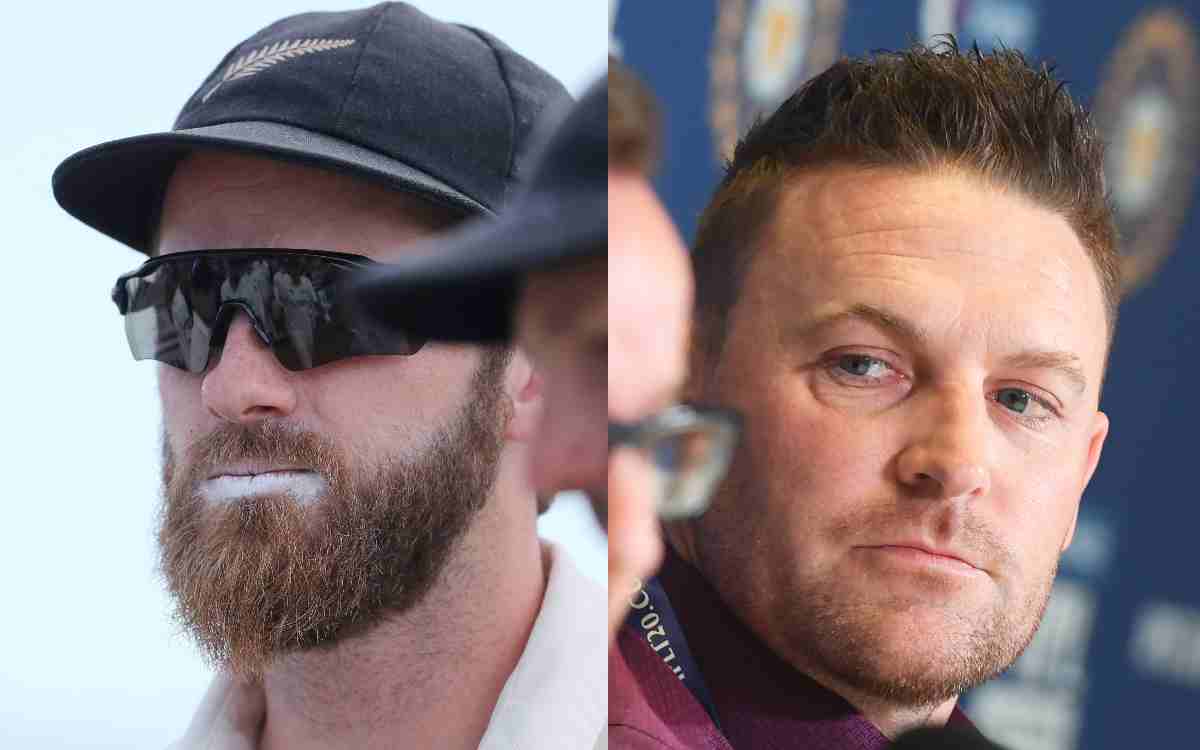 New Zealand defeated the Virat Kohli-led India by eight wickets, with Jamieson dismissing both overnight batsmen, the dangerous Cheteshwar Pujara (15) and skipper Kohli (13), in quick succession to inflict a body blow to India's chances of saving the Test.

"I thought the captaincy of Kane Williamson to throw the ball to Kyle Jamieson, against previous routines, at the start of the day's play was a bit of a masterstroke," McCullum told ESPNcricinfo.

"His height and release point, they measure up so well against the Indian batters. He was able to get the openings and once that happened, it really started to sense the belief among the group."

McCullum, who captained the team to the 2015 World Cup final, was happy that stalwarts Williamson and Ross Taylor completed the winning formalities.

Williamson and Taylor remained unbeaten on 52 and 47 runs, respectively.

"Those chases are horrible -- 140 seems like a mountain of runs, especially when you know what the carrot is at the end. Thought it was really fitting to see New Zealand's two greats, really, when you talk batting, to see (them) home. There was a bit of luck and good fortune along the way but in this game you are entitled to a little bit if you keep banging the door down," McCullum said.

"You could see on the faces of Kane and Ross just how much it meant to them and how satisfying to finally be able to climb that ladder."