Bravo signs for Middlesex for this year's Vitality Blast 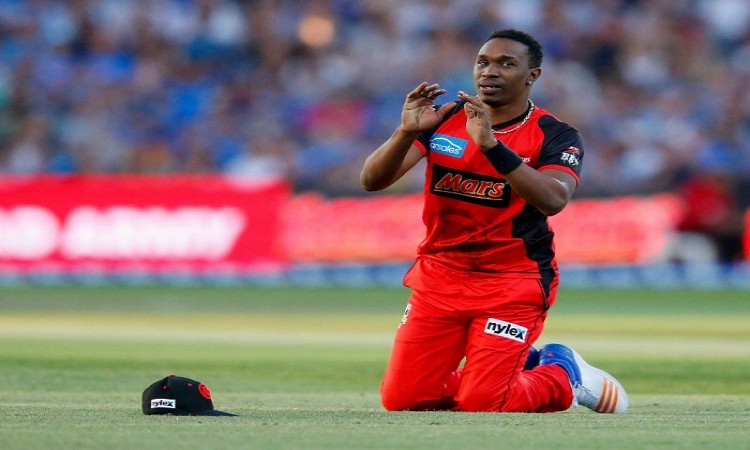 However, the veteran Caribbean all-rounder's participation is subject to him obtaining a visa and completing the necessary NOC paperwork, Middlesex cricket stated on Wednesday while announcing the signing.

Bravo, however, will be available to play only six matches for the county as the later schedule of the T20 tournament clashes with the Caribbean Premier League (CPL), where he's representing the Trinbago Knight Riders.

Bravo had earlier been involved in a six-game stint representing Surrey in the 2016 edition of England's T20 competition. He's set to join the team in early July and will be making his debut for Middlesex against his former team on July 5.

His last match will be against Hampshire on July 26.

Commenting on the signing, Middlesex Cricket's Managing Director of Cricket Angus Fraser said the impact that Bravo can create despite his limited availability will make him a key member of the side.

"Dwayne is one of the most exciting and best T20 players in the world. He can win games of cricket with bat or ball. He may only be available for six games, but I expect him to have an impact in a number of these matches. I'm sure he is a player the huge Lord's crowds will enjoy watching," he said.

Bravo, who is one of the most sought-after players of the shortest format across the globe expressed his delight after the announcement.

"I've been fortunate enough throughout my career to have played all round the world and Lord's in London is a place that really excites me," he said.

"I have no hesitation committing to Middlesex for six games of the Vitality Blast and am looking forward to joining Dan Vettori's squad at the start of July," he added.