Brathwaite happy to be Windies' Man Friday in WC

May 29 (CRICKETNMORE) All-rounder Carlos Brathwaite wants to be the guy who can snare crucial wickets and play match-winning cameos as the West Indies aim to defy odds and lift their third World Cup which gets underway in England and Wales from Thursday. 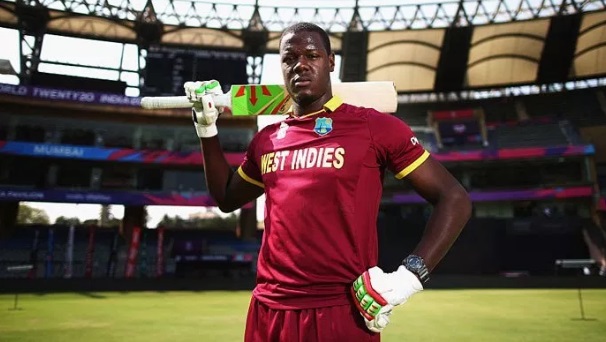 The Windies, who haven't played a World Cup final since 1983 having won the first two editions (1975, 1979), are tipped as one of the 'dark horses' going into this summer's edition of cricket's biggest prize.


If I had to be an Indian bowler, would be Ishant: Archer

The team is built around power hitters like Chris Gayle, Andre Russell, Shimron Hetmyer to name a few with the likes of talented Shai Hope and skipper Jason Holder adding depth.

Brathwaite, best known for hitting four successive sixes to finish off England in the last over of the 2016 World T20 final, will be expected to get those much needed runs in the death overs, and break a partnership or two with the ball as the men from the Caribbean tread their path in the marathon league stage where each team takes on the other.

"I have contributed to wins in the past which haven't made as big headlines as the World T20 final contribution," Brathwaite told IANS in an interview.

Against New Zealand in their warm-up tie on Tuesday, the 30-year old nabbed three wickets from nine overs, although he went for 75 runs which can be excused given the nature of the match where more than 750 runs were scored in less than 100 overs.

With the bat, Brathwaite scored 24 runs off 16 balls with the help of three fours and a six as West Indies put up a mammoth 421 on the board after being put into bat.

More telling was his performance in the first warm-up match against tournament favourites Australia in which Brathwaite struck 60 off 64 balls to steady the ship and guide Windies to 229 after they were reeling at 104/6 at one point.

"After losing my place in the Test team, it was due to my form with the bat in the past couple of years that I have been cool and calm about it. I would be not hitting four sixes again maybe but I am happy to be the one who comes in and takes crucial wickets or scores important 20 or 25," said Brathwaite.

"Not necessarily score a fifty or take a hat-trick to feel that I have contributed. So that mindset has helped in the last couple of years," he added.

A team brimming with potential, Brathwaite said West Indies know what they are capable of but have to execute plans properly in order to reap dividends at the showpiece event.

"We know from the players that we have the belief that we can win and we will play our best cricket. We have to play our best game over nine preliminary games then in the semi-finals and finals. We are keeping our hopes up, we are very positive. We know what we can do but we need to execute (plans) and as long as we can execute (our plans) we have full faith that we can lift the trophy.

"The brand of cricket we played in the Caribbean, if we can replicate that in England, then we will get somewhere closer to challenging for the title. We have been traditionally a good tournament team so hopefully we can win the third World Cup," Brathwaite said.

West Indies take on Pakistan in their opener at Nottingham on Friday.