Boult Can Return To DC Only Through A Mega IPL Auction

While Delhi Capitals' (DC) coach Ricky Ponting stated that his team would keep most of his young squad the same for next year's Indian Premier League (IPL), the fate of fast bowler Trent Boult who they traded off to Mumbai Indians (MI) and turned out to be a wrecker-in-chief against DC throughout this season, is sealed with MI, unless a major auction takes place next season. 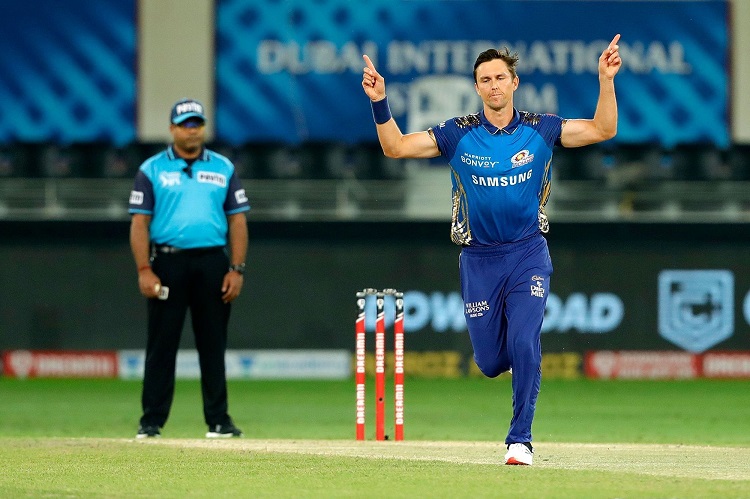 Boult has, for some reason, never been a priority for the Ponting-led DC team management that took over ahead of the 2019 season. New Zealander Boult was the Delhi franchise's top wicket-taker with 18 wickets in 2018 and was among the top five for the season. But he got to play only five matches in 2019. Ahead of this season, Boult was traded off to Mumbai and he came back to bite his old side, Delhi.


Bumrah and Archer Bowled Most Dot Balls In IPL 2020

The left-arm seamer, who ended this season with 25 wickets, picked 16 wickets in the powerplay this season, the most by any bowler, and of these seven came against DC. Overall, he took eight wickets against DC. His early wickets were the reason why MI won all their four games against DC.

As of now, Boult's contract means that he remains a MI property as the trade-off is not time-bound and is a proper contract.

While there have been reports of a major auction and of the possibility of a new franchise being added for next year's IPL, IANS has learned that there are chances the major auction could be put off for the 2022 season as there is very little time left between now and the next IPL that is likely to be held during the regular April-May period in the UAE.

However, there has been no official statement on this.

A big auction will ensure that all the players in a team, except three retentions and two right-to-match (RTM) card players, will be offloaded in the market whereas a smaller auction, which looks likely as of now, will give the settled teams the right to keep their core and also allow weaker teams to rebuild from an available pool.

Teams such as Kings XI Punjab, Delhi Capitals, and Kolkata Knight Riders spent more than others to bring in players for the 2020 season while MI spent a lot less than these and bought Boult in a pre-season trade-off.

DC, who has already formed a strong team, will probably be caught in two minds. While on the one hand, they would want to bring back Boult, possible only through a major auction, and on the other, with so many heroes this season and Ponting wanting to keep the side the same, they'd prefer a small auction.