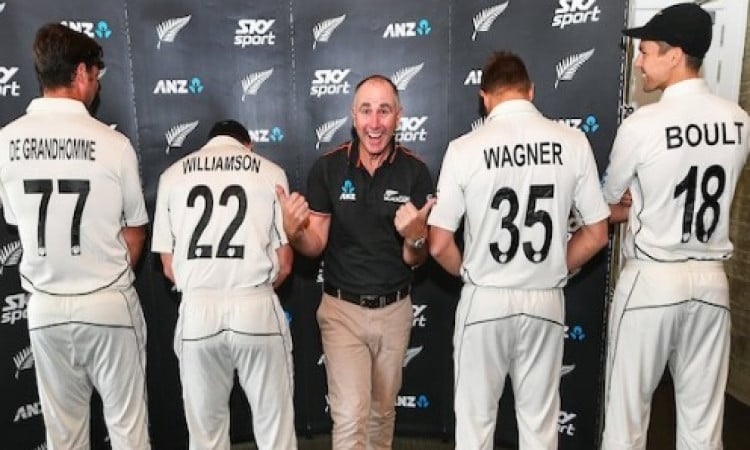 Wellington, Aug 5. New Zealand on Monday announced the jersey numbers of their cricketers for the upcoming two-Test series against Sri Lanka, starting August 14 at the Galle International Stadium in the island nation.

According to New Zealand's Cricket's official tweeter handle, the players who have represented the country in 200 ODIs have their shirt numbers retired. New Zealand Cricket also revealed the numbers for the Test series.

The two-Test series will also mark the start of the ICC World Test Championship for New Zealand and Sri Lanka.

England and Australia, presently competing in the first Test of the much-awaited Ashes series, had become the first nations in the history of Test cricket to wear names and numbers on their jerseys.

The ICC had come up with the idea of printing names and numbers on the white flannels as an initiative to help fans connect with the players.

The top two teams with most points as on April 30, 2021, will contest in the World Test Championship final in June 2021 in the UK.

Each of the nine teams will play six of the eight possible opponents across a two-year period, with three series at home and as many series away and a total of 120 points are up for grab within each series.