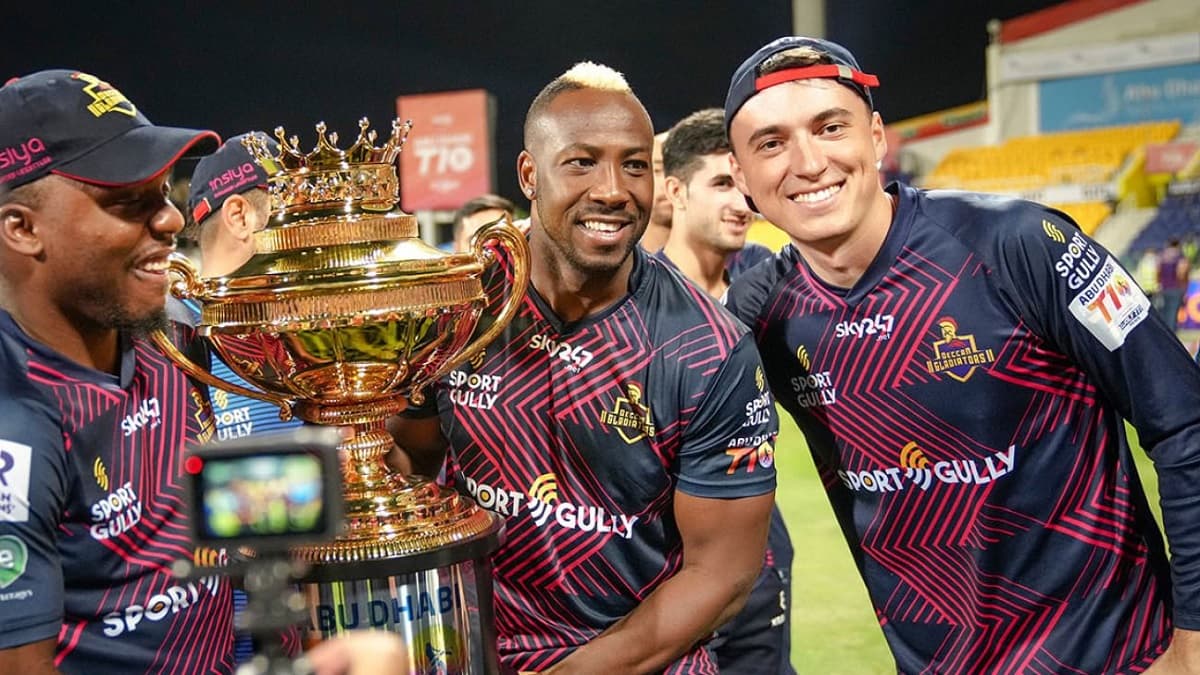 Russell smashed 90 runs from 32 balls and recorded a 159-run unbeaten opening partnership with Tom Kohler-Cadmore (59 runs from 28 balls) as the Gladiators thrashed Delhi Bulls by 56 runs to win the final of the tournament played at the Zayed Cricket Stadium.

After playing a stellar role in the highest-ever partnership in the history of Abu Dhabi T10, Russell took 1 wicket for 25 runs and was named player of the match.

"Well, he (Russell) has been amazing throughout this tournament. Big players stand up on big occasions, and Russell has done that today for us both with his batting and bowling," Riaz said.

Riaz said that the players were very understanding regarding the team decisions.

"The team was very well balanced. The way they have responded was really good. We have so many big players in the dressing room. So, whenever we have opted to send somebody in place of someone, before or after, there was nothing coming up from the players. That's a sign of a good team. They agreed to whatever we have been thinking and the strategies are."

Riaz appreciated the support he got from his teammates and the management.

"I thank everyone for supporting me as a captain and team management as well as (coach) Mustaq Ahmed was brilliant throughout and supported me in my decisions."

Russell said he relished opening the batting after struggling in the middle order.

"When you are accustomed to batting with five guys on the boundary, it makes you feel more relaxed when you have just two. I am happy to contribute to the game."

Russell said that after hitting the first few boundaries he could feel that it was his day. The Jamaican muscled nine boundaries and seven sixes.

"When I played the first two shots and got two boundaries, I felt today was my day. Sometimes you can feel it. I got support from Tom Kohler-Cadmore, which made it easier."

Spinner Wanindu Hasaranga de Silva took two wickets for 20 runs and finished as the highest wicket taker with 21 wickets. He was named as the player of the tournament.

"I am enjoying my bowling. I have been able to get wickets. Yes, T10 is not a format for bowlers, especially spinners. But at the end of the day, I did my job."