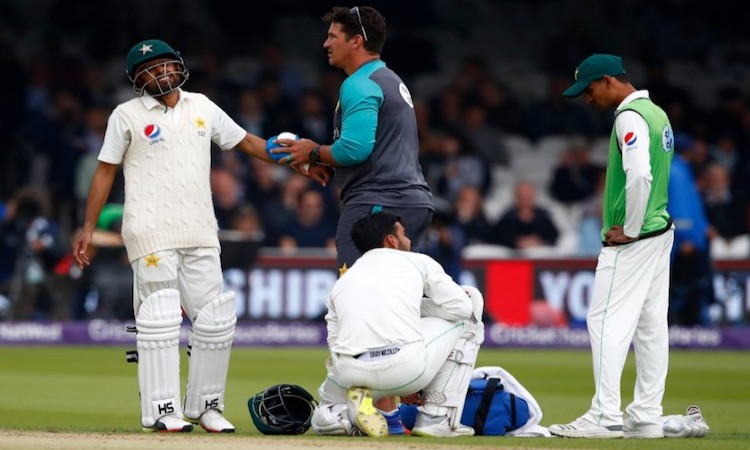 May 26 (CRICKETNMORE) - Pakistan batsman Babar Azam will miss the rest of the two-Test series against England after suffering a fractured wrist at Lord's on Friday.

The 23-year-old was batting on 68 on day two of the first Test when he was struck on the arm by a Ben Stokes delivery. Babar was taken to hospital for a scan where it was confirmed that he will miss the rest of the Lord's Test, as well as the match at Headingley next week.

Pakistan physio Cliff Deacon said: "It normally takes four to six weeks to heal so we will further assess him with further X-rays."