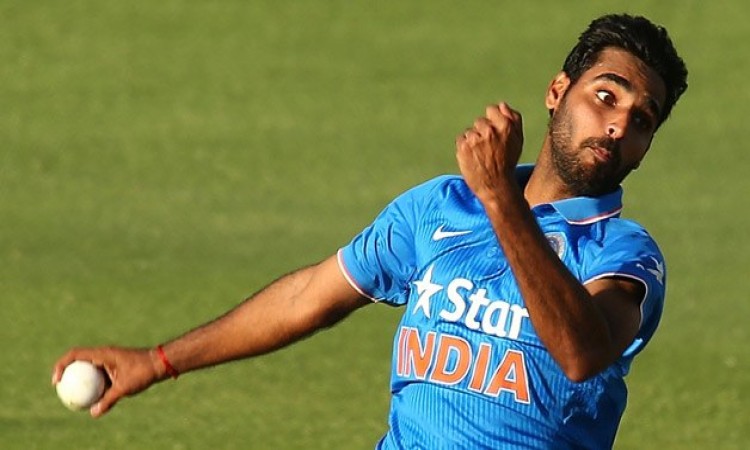 Thiruvananthapuram, Nov 6 - Terming Mahendra Singh Dhoni a "legend", India's death overs specialist Bhuvneshwar Kumar on Monday brushed aside questions on the role of the former skipper in the T20 format.

Dhoni's inability to get going from the word go in the shortest format of the game has been criticised by cricket pundits including former India pacer Ajit Agarkar. But Bhuvneshwar feels the team isn't much perturbed with Dhoni's falling dominance in the format.

"We (as a team) don't think much about that. You look over his records, he is a legend and whatever he has done, he did it for the country. So no one in the team has any doubts about him," the seamer told reporters on the eve of the deciding third and final T20I agaisnt New Zealand at the Greenfield International Stadium here.

Asked if the lack of a specialist fifth bowler add to India's worries in the second T20, which the hosts lost by 40 runs at Rajkot, Bhuvneshwar said: "You cannot blame bowlers for the loss. The other team is there to play as well.

"As far as a fifth bowler is concerned, we have Hardik Pandya and others bowl part-time. We haven't missed an extra specialist bowler so far. If your main bowlers do not take a wicket or go for runs, then you miss a bowler.

"But we think a lot about team combination. We have played good cricket against Australia and even when we toured the West Indies. The three-match series is very small, and if you lose the first game and then tie it 1-1, you have to play a decider," he added.

Asked who was the most difficult New Zealand batsman to bowl to, Kumar said Colin Munro had done particularly well but there were other quality batsmen too.

"Munro has troubled us but others as well. Kane Williamson, Martin Guptill are good batsmen as well. We can't really pinpoint one batsman when the team is playing really well.

"Both series (ODI and T20I) have come to the decider. So Munro is the dangerous batsman but the whole team is a good one," he said.