Scotland defeated Zimbabwe by seven runs in the first of the three T20 Internationals here. 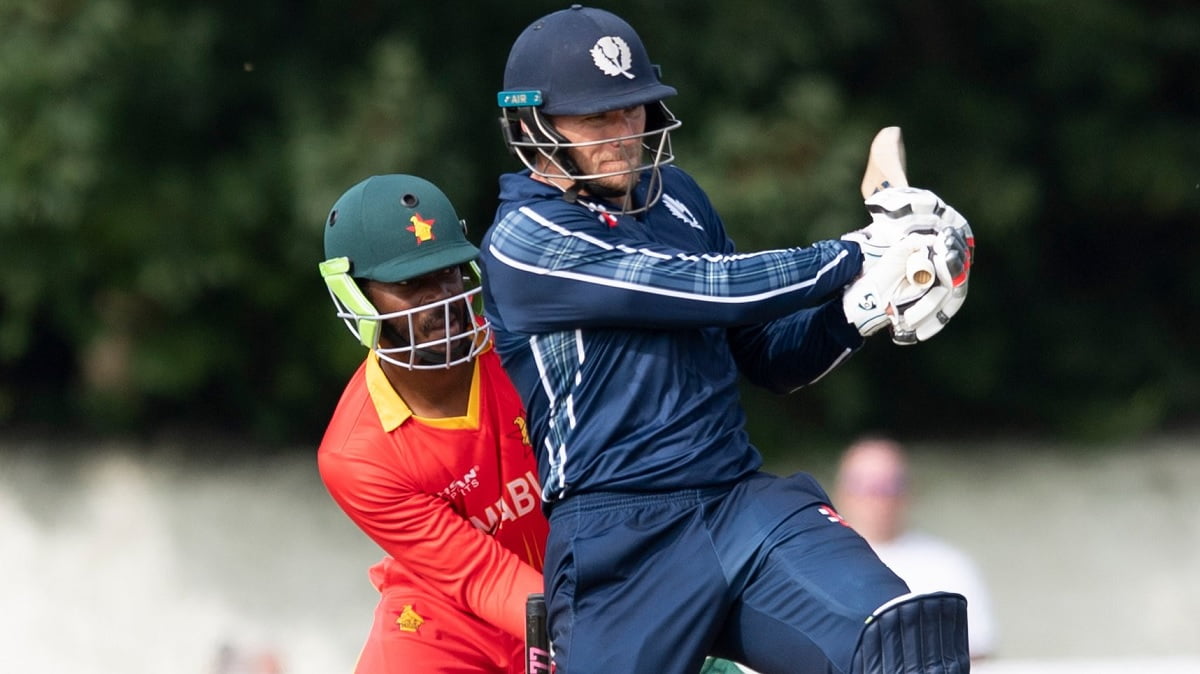 Batsman Richie Berrington, batting at No. 4, shone with the bat with a brisk 82 not out while medium-pacer Safyaan Sharif starred with the ball for Scotland with figures of 4/24.

Chasing 142, Zimbabwe lost their first wicket on the first ball of their innings, as Wesley Madhevere was caught behind off Sharif for a golden duck. The pacer struck again in his next over as Madhevere's opening partner Tadiwanashe Marumani followed suit, becoming the quick's second victim.

Regis Chakabva (17) and skipper Craig Ervine (26) steadied the innings. They stitched a 48-run stand before the two batsmen were dismissed in quick succession by Mark Watt (1/17) and Ollie Hairs (1/19) respectively.

Sean Williams contributed with a run-a-ball 28, sharing a 54-run stand with Milton Shumba. Though wickets fell at regular intervals from one end, Shumba (45 not out) remained unperturbed.

With 19 required from the last two overs, and Shumba looking set, Zimbabwe were edging closer to victory. But brilliant death bowling from Chris Sole (1/24) and Sharif sealed the deal for the host. Together they gave away 11 runs and claimed three wickets in the last two overs.

Earlier, Scotland won the toss and elected to bat. They got off to a shaky start as they lost their top three batsmen -- George Munsey (1), Kyle Coetzer (2) and Hairs (5) -- inside three overs.

In the sixth over, they lost another wicket in Calum MacLeod (6), who became Tendai Chatara's (2/23) second victim. Despite a flurry of wickets, Berrington stayed firm at the crease.

He found support in Matthew Cross, with the duo sharing an important 45-run stand before Luke Jongwe (2/28) broke their partnership. He had Cross caught for 14 in the 13th over. Michael Leask also contributed with a 13-ball 11, while Sharif remained unbeaten on 9.

Berrington's solid contribution of 82* from 61 balls, which featured seven fours and three sixes, helped revive Scotland innings. From being 30/4 at one point, Scotland finished on a competitive 141/6.