Belief Is There, We Are Still Positive: Anil Kumble

Kings XI Punjab will be facing Kolkata Knight Riders in their next match in Abu Dhabi.
Talking about the upcoming fixture, Kings XI Punjab head coach Anil Kumble said that they need to be very precise against a very good side like KKR. 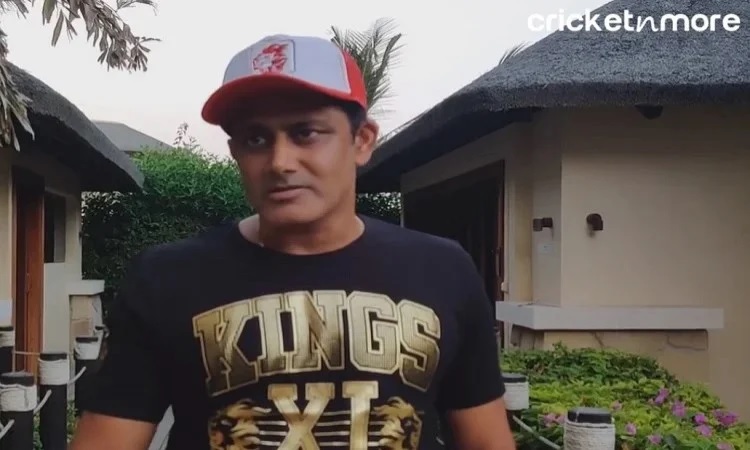 "We have to be very precise with the way we go about against KKR, they are a very good side," felt Kumble.

Anil Kumble has remained positive about the team's chances of qualifying in the playoffs. Kumble said that he has been with teams who have played final despite having a poor start to the tournament.

"I have been involved in teams where we have lost 5 games out of 6 and we qualified and reached the finals and this time around its no different, so the belief is there, we are still positive," told Kumble in an exclusive interview with Cricketnmore.

Talking about the game against SRH, the head coach said that run-outs of two batsmen cost them the game and they have to make sure that they don't repeat those mistakes.

"Last game against SRH, there were some of the positives we want to take forward and make sure we don't repeat mistakes that we did, especially the run-outs which costs us the game," expressed the head coach.

Further, Anil Kumble said that losing Chris Gayle in the last match due to illness was a big blow to the team.

"Losing Chris Gayle in the last game due to illness was a big blow. He was looking to get his first game this year, hopefully, he will be available soon and be up for the selection," told Kumble.

Former Indian leg spinner observed that the team is still very restrained and they need to unshackle themselves in both batting and bowling.

"I still feel a bit shackled, we have to unshackle ourselves be it batting or bowling," felt Kumble.