Been Training For 2 Years But On The Night Our Execution Was Poor: Namibia Captain Erasmus

While Namibia's batting would be a cause for concern for their skipper, Gerhard Erasmus, there were plenty of promising signs in the bowling department, which brought the Sri Lankan top order to their knees in the First Round Group A match here on Monday. 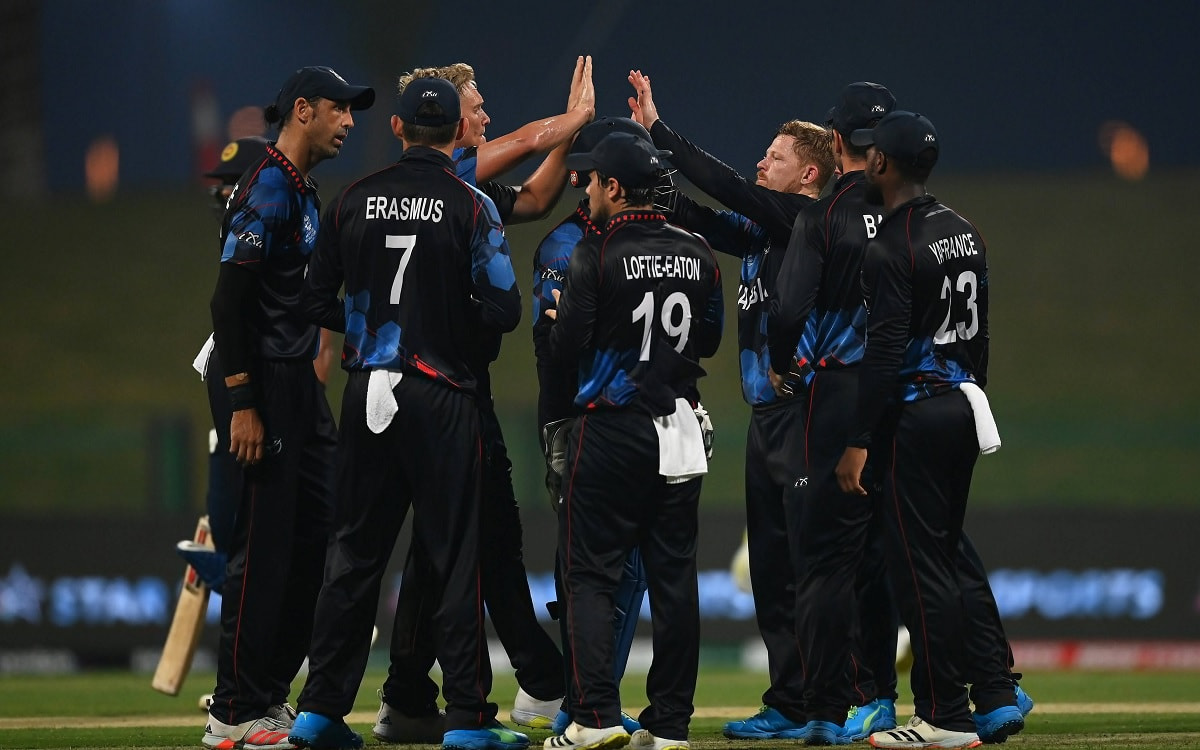 Had Sri Lanka batters Bhanuka Rajapaksa (42 not out) and Avishka Fernando (30 not out) not arrested the slide with a fourth-wicket stand of 74 after the Islanders were reduced to 26/3, the 2014 World T20 champions would be licking their wounds after their inaugural ICC T20 World Cup match.

There were also some promising signs for Namibia in the batting department as well despite a sub-100 total, as Craig Williams and Gerhard Erasmus put on a partnership of 39 for the third wicket, albeit from 40 balls, and then their bowling attack caused the Sri Lanka top order some problems.

The 37-year-old Williams top-scored with 29 but as they prepare for a crunch clash with the Netherlands on Wednesday (October 20), he knows they must up their game to leave with a victory that would keep their hopes of qualifying for the 'Super 12s' alive.

"It's quite disappointing because we've trained for the last two years and we knew what was coming," Williams said of the defeat. "On the night, our execution was quite poor.

"The Sri Lankan bowling attack is well-oiled. They didn't give us much to hit -- they got the right height on their bouncers and executed it really well. The batting unit needs to pull up its socks and get something better on the board for the bowlers to defend," Williams told icc-cricket.com.

"We still have high spirits though and we walked off the field with smiles on our faces. We knew Sri Lanka would be tough and we have to put this behind us as quickly as possible. We back ourselves against Ireland and the Netherlands and let's see where those games take us."