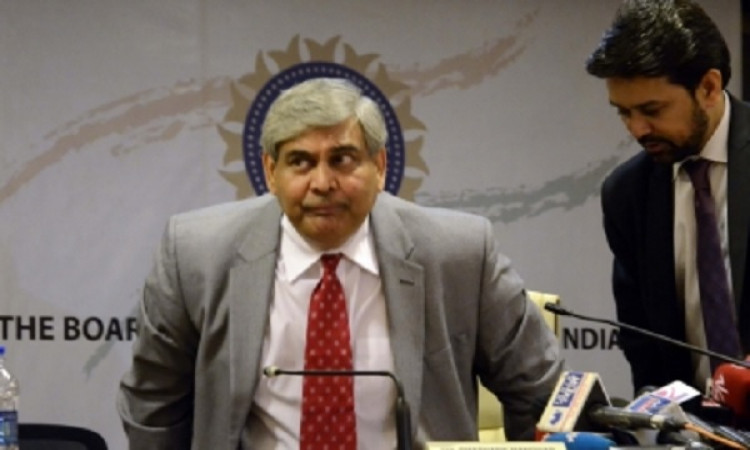 New Delhi, Oct 22  The recent ICC board meetings might have been highlighted by Zimbabwes reinstatement in international cricket, but a major development that has shocked the Board of Control for Cricket in Indias (BCCI) new set of office bearers is the formation of a working group -- led by Cricket Australias Earl Eddings -- minus any representation from India.

Speaking to IANS, one of the new office bearers who takes office on Wednesday said that these things need to be taken note of and any efforts by the international body to push BCCI against the wall must be acted upon with immediate effect.

Also Read: Not just 1 or 2, every player chipped in against SA: Shastri

"What has happened in the last couple of years is now a thing of the past. We will be sitting down for a number of meetings in the next two days and one of the primary areas of focus will be India's position with regards to the ICC. Some of the moves seem to show a specific line of thinking and also, this formation of the new working group also means that Chairman Shashank Manohar might be looking at another term from 2020 till 2022.

"Firstly, no timeline has been set for the working group to provide a presentation on the way forward and if Manohar is to continue -- the groundwork shall start by February 2020 -- and you can't expect the team led by Eddings to provide any major input before Manohar's term ends in May 2020," the official explained.

He further said that while the BCCI team is new and young, they can always have an advisor who understands the working style of the ICC and will guide the new office bearers.

"This team is young and has the opportunity to not just make a mark, but also leave a legacy behind. But when it comes to dealing with the working style of the ICC, we might need someone who can come on board as an advisor. That person can also be someone who has dealt with the ICC before but is currently not involved with the BCCI," he explained.

"Slowly looking to cut Indian representation off cannot be the way forward for the gentleman's game and that must be understood. After all, we do know where the revenue comes from. If we won't rise and restore BCCI's pride, who will?"

A surprised BCCI functionary also asked what the role of Singapore's Imran Khwaja was in so many committees of the ICC. For those unaware, Khwaja apart from being in the finance committee and nominations committee, heads the development committee of the international body.

"So, are we saying that we need Khwaja to guide the likes of BCCI or ECB? It is hard to understand why the Big Three model alone is seen as an extreme and everything else is fine. Questions need to be asked and hopefully the new BCCI officials will do that," the functionary told IANS.

"Zimbabwe has again been reinstated as they agreed to the conditions set down by the ICC Board, so are we saying there will be no governmental interference in the country in the future?"

The proposed Future Tours Programme (FTP) of the ICC is another area of concern as it calls for a World T20 every year and a 50-over World Cup every three years. While the BCCI has refused to agree to that, a senior board functionary said that the new regime has to put its foot down and ensure that the ICC is no longer able to eat its way into India's revenues.

"This has to stop and the new regime has to ensure that this effort to exploit the Indian market and yet deprive the BCCI of its earning ends. The ICC must look to spread the game as well as market it better, but not at the expense of the hand which is feeding it most," he pointed.