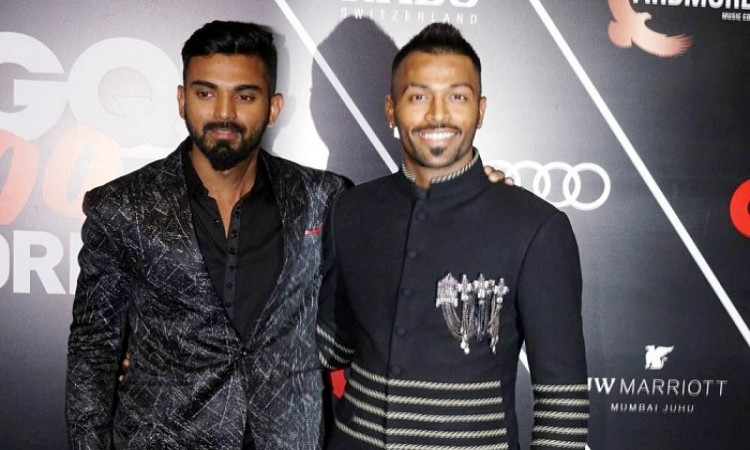 New Delhi, April 20 (CRICKETNMORE):  BCCI Ombudsman D.K. Jain has asked all-rounder Hardik Pandya and opener K.L. Rahul to pay a sum of Rs 1 lakh each, to widows of 10 constables in paramilitary forces who have lost their lives on duty. They have also been asked to deposit Rs 10 lakh each in the fund created for promotion of cricket for the blind as fine for their misconduct in chat show.

In a report, accessed by IANS, the ombudsman has also said that if both the players fail to do so within four weeks from the date of the receipt of the order, the Board of Control for Cricket in India might deduct the said amount from the match fees payable to the players.

The ombudsman noted that the players had already missed out on earning of about Rs 30 lakh as they had been sent back from the tour of Australia. But he also noted that cricketers in the country are role models and their act should be befitting the status they have acquired.

But he also noted that since both the players apologised and did not contest the action initiated against them, it is unnecessary to return a categorical finding as to whether the remarks made during the course of the chat show constitutes as an act of indiscipline or misconduct or violation of any of Rules and Regulations on part of players as contemplated under Rule 41 (1) (c) of the rules.

Clearly, the matter ends with this and the two cricketers can now look forward to representing the country with aplomb in the upcoming World Cup in England and Wales as the national selectors have picked the duo in the 15-member squad.