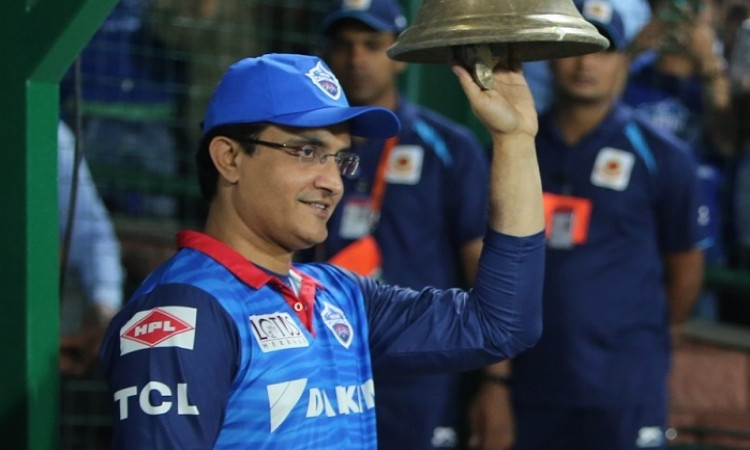 New Delhi, April 20 (CRICKETNMORE):  The Board of Control for Cricket in India (BCCI) Ombudsman D.K. Jain on Saturday met Cricket Association of Bengal (CAB) President and Delhi Capitals advisor Sourav Ganguly as well as the complainants here in a conflict of interest matter against the former India skipper.

After a three-and-a-half-hour long discussion, Jain has asked all parties to give written submissions ahead of his verdict.

Speaking to IANS, a BCCI official said that Ganguly's role in DC is the bone of contention because while he has been appointed advisor, he is listed as official as per the official record of the team.

"There is no issue other than the fact that while he is said to be the advisor of Delhi Capitals, he has been listed as an official. Ganguly needs to clarify that, as the rest is no issue," the official said.

Speaking after the meeting, Jain said: "Matter is sub-judice. I have heard both the parties as well as the BCCI and will soon give my order. However, since hearing is over as per principles of natural justice, both parties can give their written submissions before the final order is pronounced."

Three cricket fans from West Bengal -- Bhaswati Shantua, Ranjit Seal and Abhijeet Mukherjee -- had questioned Ganguly's position as CAB chief while he is advisor of the Delhi Capitals.

All that Ganguly said before leaving was that the meeting went well. The DC advisor was back at the ground for the game against DC and Kings XI Punjab in the evening at the Kotla.

The BCCI "represented by CEO Rahul Johri at the deposition" told Jain that Ganguly's conflict comes under the "tractable category" which could be resolved if "full disclosure" is made.

According to the new BCCI constitution, clause 38 (3) (a) reads: "Tractable conflicts are those that are resolvable or permissible or excusable through recusal of the individual concerned and - or - with full disclosure of the interest involved."