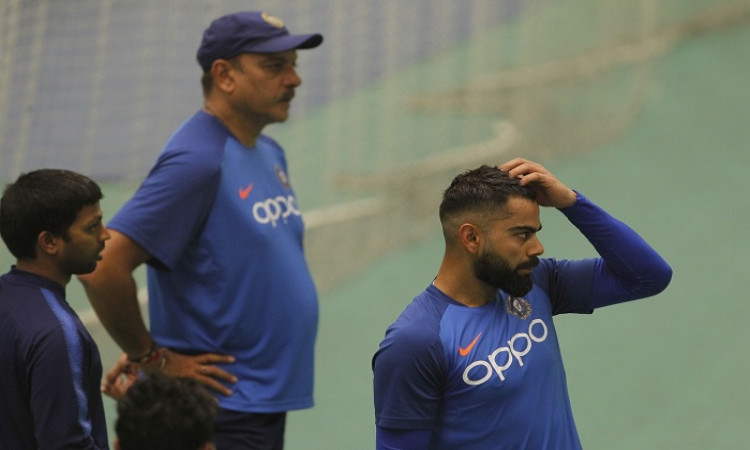 New Delhi, July 16: The Board of Control for Cricket in India (BCCI) on Tuesday invited applications for the positions of head coach, batting coach, bowling coach, fielding coach, physio, strength and conditioning coach and administrative manager for the Indian team. Current head coach Ravi Shastri and his team will get an automatic entry into the recruitment process.

"The interested candidates have to send in their application(s) on or before July 30, 2019, by 5 p.m. at recruitment@bcci.tv. Pertinent to note, that the decision of the BCCI for the said position, will remain final and binding," the release from the BCCI said.

It will be interesting to note that the last time, the deadline had to be extended as final choice -- Shastri -- had not applied for the position till the deadline got over. In fact, it was believed that former India opener Virender Sehwag was among the most eligible candidates from the new set of applicants apart from then coach Anil Kumble. Like Shastri this time, Kumble had an auto entry into the process.

Speaking to IANS, a BCCI functionary confirmed the same. "Yeah, we did extend the deadline last time due to certain reasons. Hopefully the same won't be required this time."

The current coaching staff were handed a 45-day extension after their tenure ended with the World Cup. Assistant coach Sanjay Bangar is under the scanner after India's exit in the World Cup and the inability to find a number four batsmen over the last two seasons.