Mumbai, March 28 (Cricketnmore):  The Board of Control for Cricket in India (BCCI) on Tuesday congratulated the Indian cricket team for retaining the No. 1 position in Test team rankings and registering unbeaten series wins in the home season 2016-17. 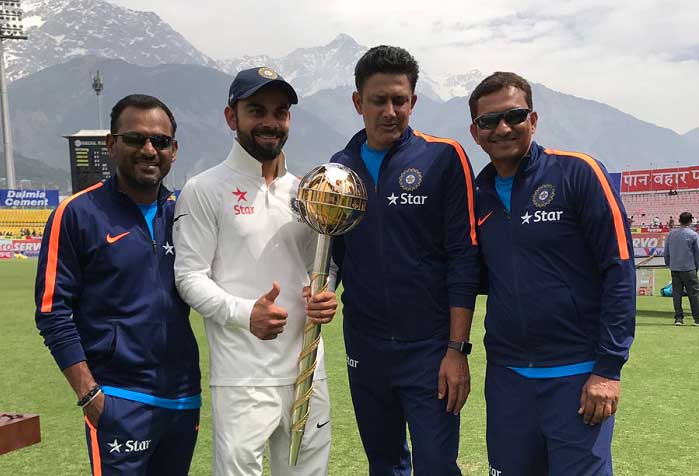 Lokesh Rahul hit a half-century and guided the hosts to victory along with stand-in captain Ajinkya Rahane after the early departure of Murali Vijay and Cheteshwar Pujara.

The board also announced the cash awards after the historic Test series win against Australia.

The team members will be awarded with Rs 50 Lakh each while coach Anil Kumble will receive Rs 25 Lakh, and the support staff Rs 15 Lakh each.