Adelaide Strikers bowled out Brisbane Heat for 115 runs and won the 46th match of Big Bash League(BBL) by 82 runs on Thursday. 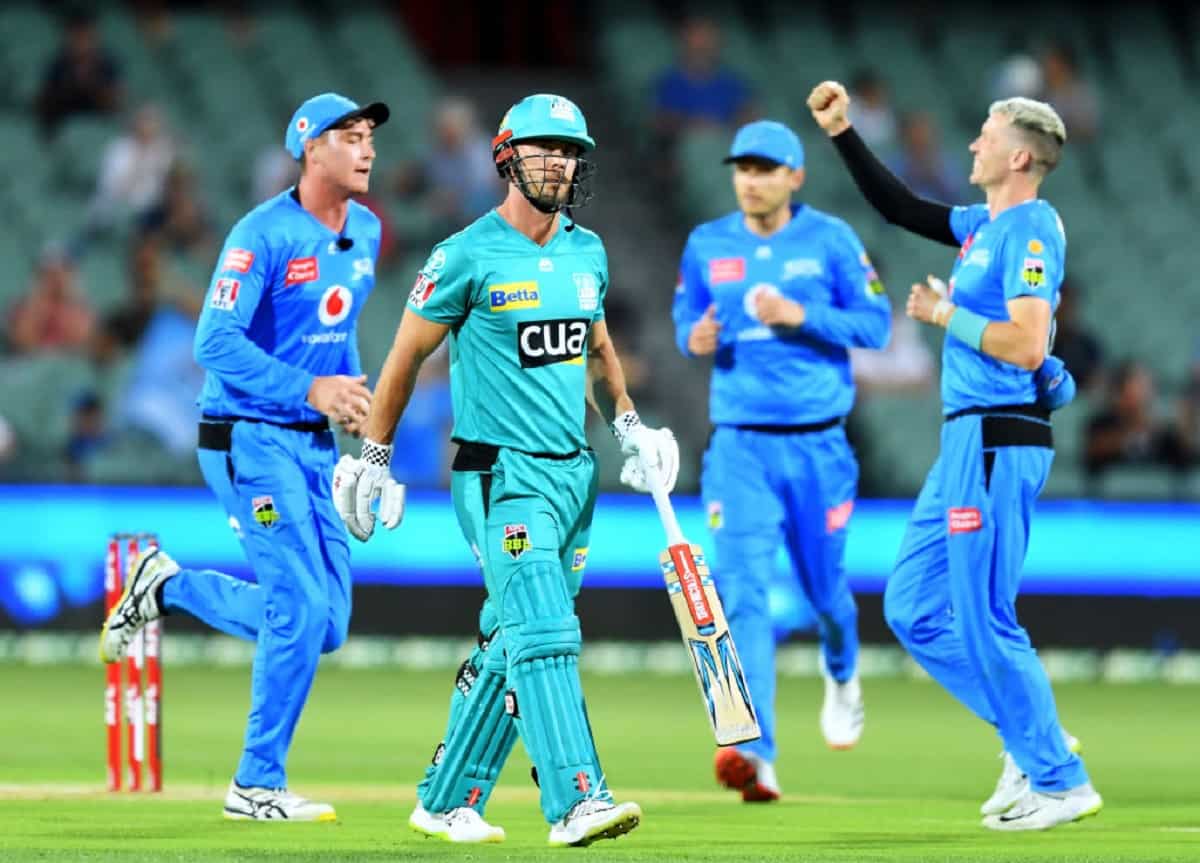 Chasing a huge total of 198 runs, the Heat started off well scoring 33 runs in the powerplay despite losing Chris Lynn in the powerplay. Marnus Labuschagne scored 28 runs off 25 balls in his first match of the BBL 10. He got out when the team score read 66/2 in eight overs and Brisbane was looking in a good position to take on the chase.

Labuschagne's wicket triggered a collapse from which the Heat couldn't recover. Wes Agar and Peter Siddle combined to take seven wickets and bowl Brisbane out for 115.

Michael Neser, are you kidding!!!

The returning quick puts an on the @StrikersBBL victory #BBL10 pic.twitter.com/19NRYmF9Ro

Earlier, Alex Carey smashed 101 to take his team to 197/5 in the first innings. His innings included 10 fours and three sixes. He became the first batsman to score multiple BBL hundred at the same venue - Adelaide Oval.