Sydney Thunder, on the back of powerful top-order batting, smash 209/8 against Melbourne Renegades in the first innings on Saturday in the Big Bash League(BBL). 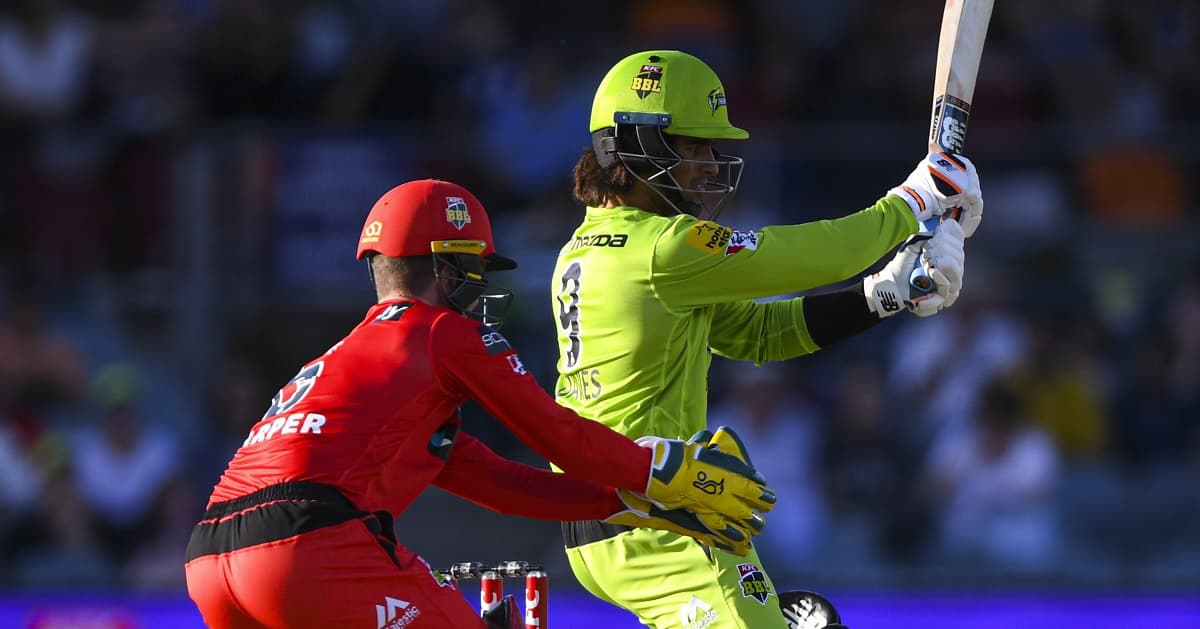 Renegades captain Aaron Finch won the toss and opted to field first. However, Thunder struck hard in the four overs of the powerplay as openers Usman Khawaja and Alex Hales smashed 50 runs. Their partnership was broken in the sixth over when the score was 70 runs.

After the two openers were out in quick succession, Oliver Davies and Callum Ferguson continued with the momentum. Davies smoked five sixes during his 23-ball-48.

Sams also made sure the scoring rate remained on the positive side during his brief knock of 22.

Renegades came back well in the last few overs to restrict the run flow and took wickets regularly. Nathan McAndrew, however, hit three sixes in the last over to cross the 200 run mark.

For Melbourne, Kane Richardson was the pick of the bowlers as he took two wickets in his four overs and conceded 33 runs.