Batting on 95, Rohit shouted 'not now' as rain threat loomed 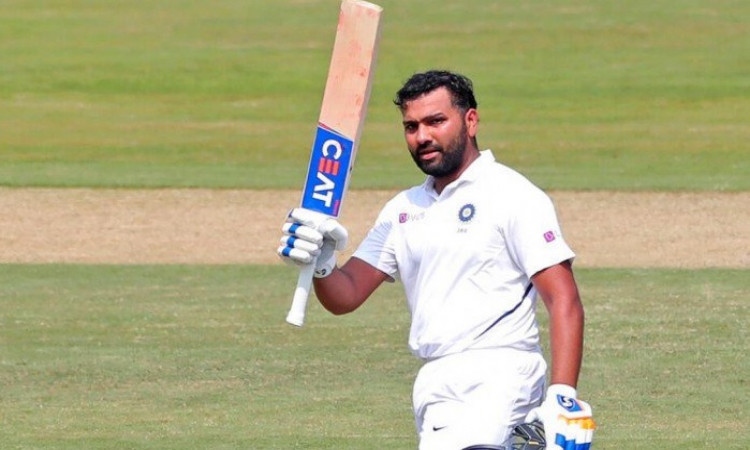 Kolkata, Oct 19:  A video of unbeaten centurion Rohit Sharma shouting 'not now' as the skies turned grey just before he smashed a six to reach his third hundred of the series took social media by storm as India took on South Africa on the opening day of the third and final Test here on Saturday.

On Day 1, Rohit remained not out on 117 while vice-captain Ajinkya Rahane was unbeaten on 83 as India posted 224/3 before bad light stopped play.

Rohit reached the three-figure mark with a six as he was batting on 95 in the 45th over. The limited overs vice-captain brought up his third century of the series, his sixth overall, off Dane Piedt's bowling. Just before that, Rohit shouted 'not now' when it started to drizzle and the groundsmen set themselves up to bring the covers.

He took the single off the second ball of the over to reach 95 and at the same time, the rain started coming down.

Batting as an opener for the first time in this series, Rohit added yet another feather to his cap by becoming the batsman to hit the most number of sixes in a Test series.