Meanwhile, Saint Lucia Kings made it three wins on the spin in the CPL with a thrilling one-run victory over the Trinbago Knight Riders. 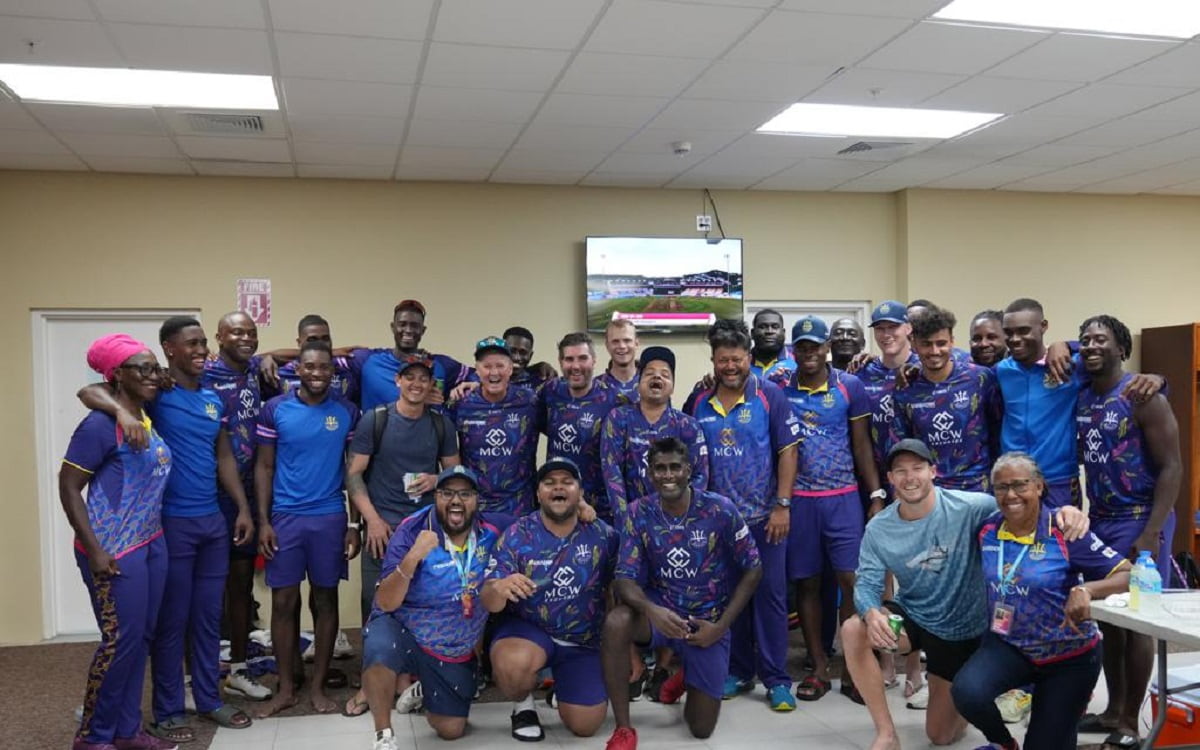 Barbados Royals confirmed their spot in the playoffs of the 2022 Hero Caribbean Premier League (CPL) with a 26-run win against the Guyana Amazon Warriors. The match was reduced to 16 overs.

In the other match, St Lucia Kings beat Trinbago Knight Riders by one run to strengthen their chances of the final four placement for play-offs.

As of now, Barbados have 14 points from eight matches, while St. Lucia and Jamaica Tallawahs have eight points each, though St. Lucia are better in terms of Net Run Rate (NRR) and Trinbago Knight Riders are lying fourth with seven points and St. Kitts and Nevis Patriots are fifth with six points. Guyana Amazon Warriors are at the bottom with three points.

The Amazon Warriors won the toss and opted to field first and that proved to be a good decision. Taking wickets at regular intervals, the Amazon Warriors made it difficult for the Royals to negotiate the conditions and only a late order rally from Jason Holder and Mujeeb Ur Rahman ensured the Royals ended with a reasonable total of 107/6.

However, that total proved more than enough as the Royals' bowling attack was excellent and tight led by Mujeeb and Rahkeem Cornwall they ensured the run rate became untenable as the Royals cruised to victory.

On a low and slow track, Guyana Amazon Warriors' spinners imposed themselves on the game taking all six wickets to fall in the Barbados Royals innings. Having reduced the Royals to 62/5 when the rain delay came, Imran Tahir then removed David Miller immediately after the restart but Jason Holder and Mujeeb Ur Rahman compiled a 39-run partnership off 16 balls to give the Royals a total to defend.

It seemed Amazon Warriors might have an advantage, but Mujeeb ur Rahman and Rahkeem Cornwall produced spell-binding bowling in the first four overs to restrict the Warriors to 12 runs for the loss of one wicket. The Amazon Warriors could't get going and in the end, the game became an easy victory for the Royals.

Meanwhile, Saint Lucia Kings made it three wins on the spin in the CPL with a thrilling one-run victory over the Trinbago Knight Riders.

The Knight Riders won the toss and opted to field first and that decision appeared to have backfired when Johnson Charles' half-century got the Kings off to a lightning start.

The Kings had got off to a flier in the PowerPlay with the tournament's top scorer Charles hitting another barnstorming fifty. His partnership with Niroshan Dickwella added 59 runs before Ravi Rampaul carried on his good form by removing the latter.

When Rampaul removed the set Charles it led to a squeeze on the Kings scorecard as 82/3 quickly became 117/5. However, David Wiese was able to produce an excellent counter-attacking innings at the death to help the Kings post a challenging 147.

The Knight Riders' task became difficult when they lost three early wickets inside the PowerPlay including that of Nicholas Pooran for a duck. They never really recovered from that and left themselves too much ground to make up in the back end resulting in the narrow defeat.

That left the middle and lower order too much to do and despite a late bid by Andre Russell in the final overs of the game, it was too little too late.