Colombo, March 17 - The Twenty20 International (T20I) cricket match of the Nidahas Trophy between Sri Lanka and Bangladesh on Friday was marred by some unpleasant actions at the ground.

Although Bangladesh edged past Sri Lanka in a nail-biter match, they could have done this in a better way.

Bangladesh players thought that the square leg umpire had signalled a shoulder height no-ball, which the umpire didn't give.

Skipper Shakib Al Hasan came to the boundary rope and asked his batsmen to come off the field.

But when umpires interfered, play was resumed and Mahmudullah pulled Bangladesh out of trouble waters and helped them to seal the match by two wickets.

When asked about the matter after the match, Tamil Iqbal said: "It's very emotional. We saw the leg umpire signalling a no ball and that's why we were complaining. That created the confusion.

"It's a gentleman's game, everyone should have behaved better, especially from our team, we could have done it nicely. It's all done and dusted now."

Shakib also commented on the issue and said: "We are friends. Emotions take over sometimes. I need to be careful as the captain and the leader of the team."

Bangladesh will face India in the final on Sunday. 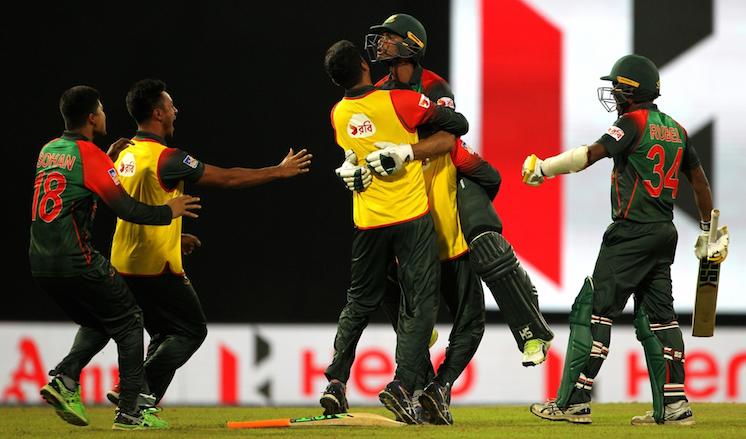