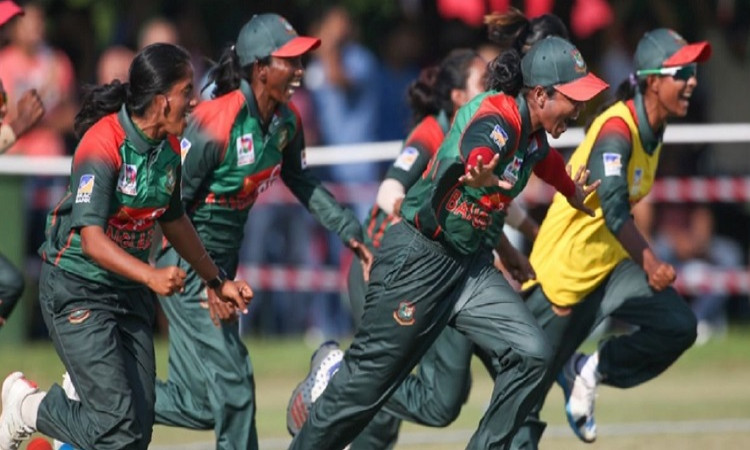 Sep 5 (CRICKETNMORE) Bangladesh on Thursday reached the final of the Women's World T20 qualifiers, thus sealing their spot in the ICC Women's T20 World Cup that will be held in Australia next year.

Bangladesh beat Ireland by four wickets in the semi-final in Dundee, Scotland to qualify for the final where they will face either PNG or Thailand, who play their match later in the day.

Ireland won the toss and chose to bat first. Fahima Khatun took three wickets as Bangladesh managed to dismiss Ireland for 85. They had to work to reach the target however and took 18.3 overs to get there for the loss of six wickets.

Bangladesh had beaten hosts Scotland in their previous encounter to confirm their spot in the semi-final. They are the ninth team to qualify for the tournament that will be held from February 21 and March 8.