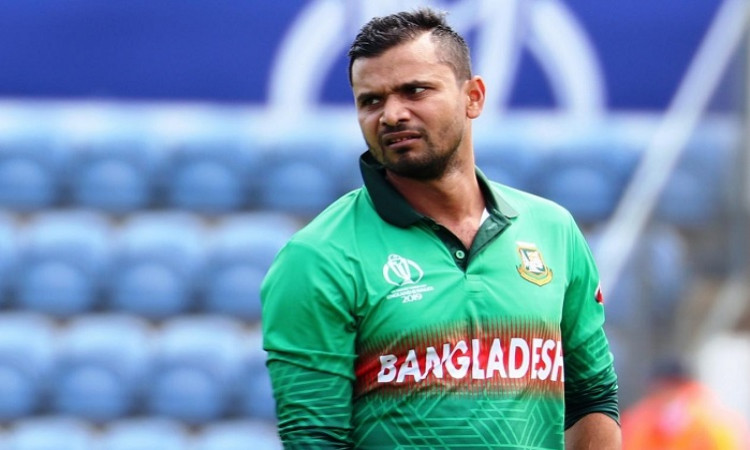 Dhaka, July 15: Bangladesh all-rounder Mashrafe Mortaza has revealed that he has recovered from COVID-19 after treatment at home for the coronavirus since June.

Mortaza released a statement on his Facebook page on Tuesday and said: "I heard the results of the test this evening, which is negative."

"I am thankful to everyone who prayed for me, was beside us and showed concern during this time."

He, however, informed that his wife Sumona Haque still remains positive and is under treatment.

"But my wife is still COVID-19 positive after two weeks of being diagnosed. She is doing well. Keep her in your prayers."

"I got treatment at home. To those who are affected, stay positive. Keep faith in Allah and abide by the rules. Together we will keep fighting the virus," he added.

The former Bangladesh skipper was diagnosed with COVID-19 on June 20.

Mortaza had stepped down from captaincy during Bangladesh's last home series against Zimbabwe in February. His retirement has been talked about for quite some time now however he hasn't made any official announcement.