Shannon Gabriel claimed two wickets and Alzarri Joseph complemented his brilliant batting with a prized scalp to put the West Indies firmly on top in the second Test against Bangladesh in Dhaka on Friday. 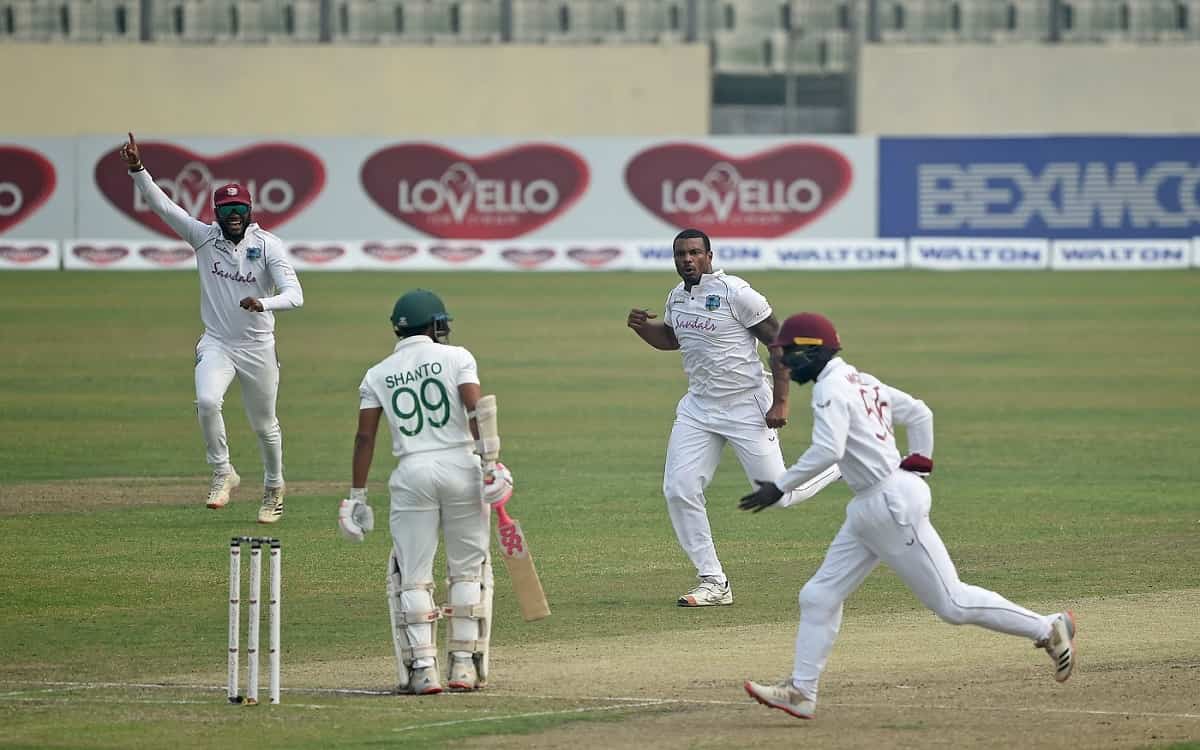 The West Indies reduced Bangladesh to 105-4 at stumps on the second day after posting 409 runs in their first innings on the back of half-centuries from Joshua Da Silva (92), Nkrumah Bonner (90), and Joseph (82).

Mushfiqur Rahim was batting on 27 alongside Mohammad Mithun at the close, helping Bangladesh prevent further embarrassment after the early damage. The hosts still required 104 runs to avoid the follow on. Gabriel dismissed opener, Soumya Sarkar, for a duck in the first over of the innings and then removed one-down Najmul Hossain for four in the next over.

Tamim Iqbal and Mominul Haque repaired the damage with 56-run for the third wicket before off-spinner Rahkeem Cornwall struck.
Da Silva took the catch as Mominul fell for 21 runs. Joseph dismissed Tamim in the next over for 44 runs to aggravate Bangladesh's problems. Da Silva, Joseph, and Nkrumah Bonner all came close to centuries earlier as the West Indies dominated Bangladesh to add 186 runs in two sessions they batted before being all out.