Ball wasn't in my court: Hardik Pandya on 'Koffee with Karan' row 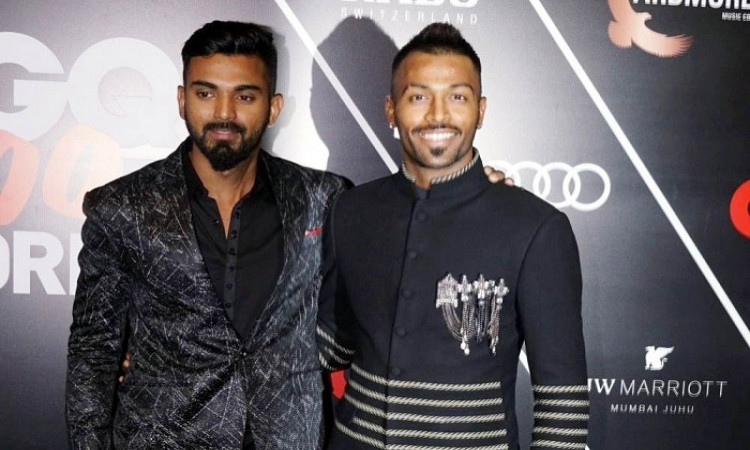 New Delhi, Jan 9:  Indian all-rounder Hardik Pandya has opened up about the infamous controversy that saw him and K.L. Rahul face sanctions over their sexist comments on a chat show.

"We as cricketers did not know what was going to happen. The ball was not in my court, it was in someone else's court where they had to take the shot and that's a very vulnerable place you don't want to be," Pandya told India Today.

Pandya and Rahul had to face a lot of wrath over their sexist comments on "Koffee with Karan" last year. Despite an apology to fans and their own teammates, they were suspended by the BCCI and ousted from a three-match ODI series against Australia.

Besides, the duo was later fined Rs 20 lakh each by the BCCI. Ombudsman D.K. Jain directed the players to pay Rs 1 lakh each to the widows of 10 constables in paramilitary forces who had lost their lives on duty. Pandya and Rahul were also asked to deposit Rs 10 lakh each in the fund created for the promotion of cricket for blind in the country.

Filmmaker Karan Johar, who is the host of the chat show, had also said that he felt "very responsible" about the repercussions that the cricketers had to face.

"I have to say that I feel very responsible because it was my show and my platform. I invited them as guests, and so the ramifications and the repercussions of the show are my responsibility. I have had so many sleepless nights wondering how can I undo this damage, who is going to listen to me...," Karan had said.

Pandya recently got engaged to Bollywood actress Natasa Stankovic. He is recovering from a back injury and has missed out on the T20I and ODI series against Bangladesh and the West Indies.

The all-rounder, whose last international assignment was in a T20I match against South Africa in September 2019, has been named in the India A squad for the tour of New Zealand, paving the way for a comeback into the Indian team.