Bairstow gets his favourite bat repaired just before final 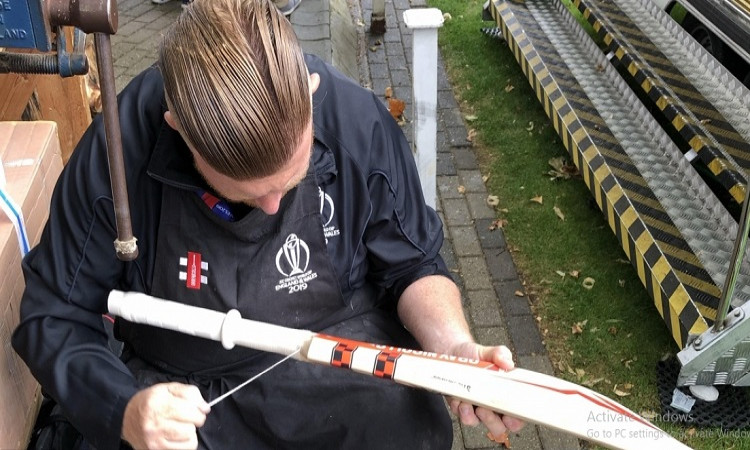 July 14 (CRICKETNMORE) He has been in top form this World Cup and hours before the start of the big final against New Zealand, England opener Jonny Bairstow hit the Gray Nicolls stores inside the Lords Stadium to get the shoulder of his favourite bat repaired after a slight damage.

Bairstow was seen having a short discussion with the shop operator and no sooner did Bairstow leave the store that he started removing the grip of the bat to take a close look at the shoulder and do the necessary repair work.

Bairstow and Jason Roy have been an integral part of the English unit in the tournament and even in the semi-final clash against Australia, they put the team off to a flying start.

Speaking on the eve of the final, Kiwi skipper Kane Williamson also did make it clear that the team was aware of the threat from the top of the English innings.

"Yeah, those two have been fantastic throughout this whole competition and prior as well. And I think we mentioned before, there are a number of other factors which will come into play in a World Cup final. But there is a huge amount of respect for the match-winners that they have within their side, obviously the top of the order and throughout.

"But the focus for us is very much about the cricket that we want to play and the performance we want to put on the board and if we do that, we have seen throughout this competition that anybody can beat anybody," he pointed.