Babar Azam vs Virat Kohli: A Batting Comparison Of The Two Skippers In T20Is

Pakistan's Babar Azam vs India's Virat Kohli is one of the most fascinating topics of discussion in the cricketing world being talked about. Babar Azam was born on 15th October 1994 while Virat Kohli was born on 5th November 1988 - which means the Indian batter is 5 years older than Babar Azam. 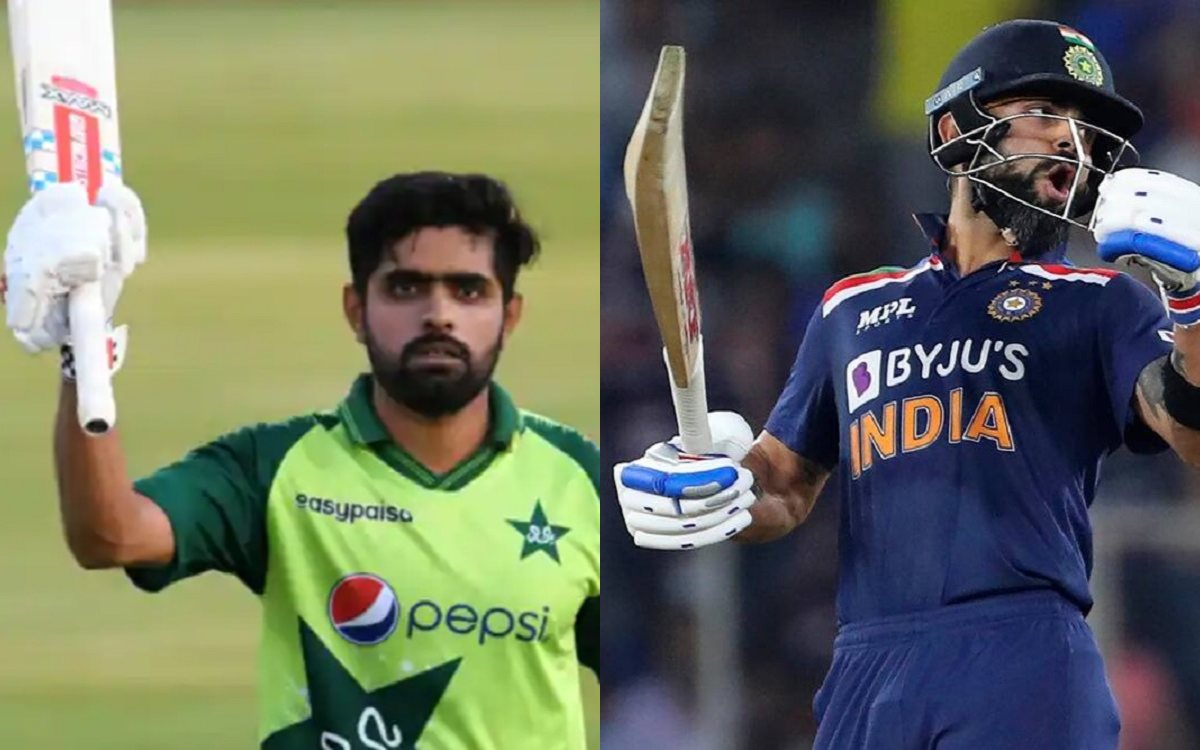 As we near the much-awaited India vs Pakistan clash in the T20 World Cup 2021, which is scheduled to be played on 24th October in Dubai; let's take a look at comparison stats between Pakistan captain Babar Azam & Indian captain Virat Kohli.
In the T20I, Babar Azam has played 38 matches, in which he has scored 1,471 runs averaging 50.72. He has scored 14 fifties, and his top score is 97* against West Indies. Virat Kohli has played 82 T20I and has scored 2794 runs, averaging 50.80 with 24 fifties, with a top score of 94*.

Virat Kohli has been a master chaser in ODIs and his stats say the same about him in T20I. Out of Kohli's 80 innings in T20 International. 42 have come in the first innings while 38 during the second innings of a match. Virat's average while batting in the first innings has been 34.25. Comparing that when India is batting second is 82.15.

Babar Azam on the other hand averages 57.47 in 20 T20Is Pakistan has batted first and averaged 41.16 while chasing.
Eighty games have produced a result in which Kohli was part of Team India. Out of these 80, India has won 51, including 29 games which India won while chasing. Babar Azam has ended up on the winning side in 26 out of the 38 T20I he has played. Only 11 out of these 26 wins has come in chasing, compared to 15 wins while batting first.

As a skipper of the Indian cricket team, Kohli's average is 43.73 although his average was better when he has played under other captains - an average of 55.90. By contrast, Babar Azam has performed much better as captain in T20I games with a 66.33 average and just 49.61 as non-captain.