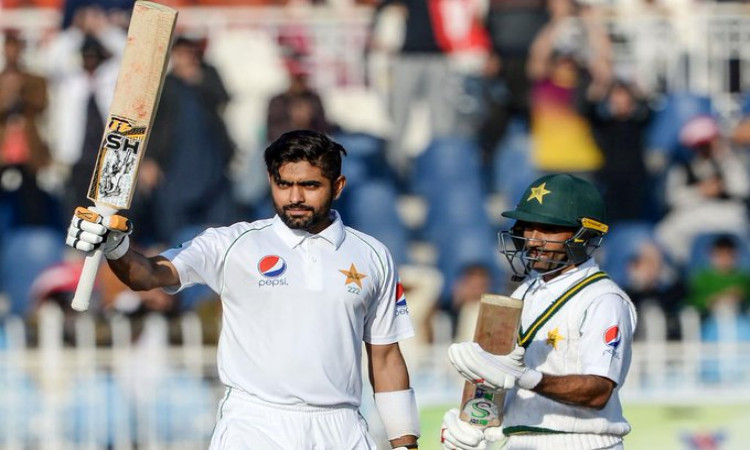 Rawalpindi, Feb 8:  Pakistan continued their domination in their first Test against Bangladesh, finishing Day 2 on 342/3 with a lead of 109 runs. Opener Shan Masood scored his third Test ton while Babar Azam was unbeaten on 143. He has Asad Shafiq on the other end, who scored 60 against a largely toothless Bangladesh attack at the Rawalpindi Cricket Stadium.

Bangladesh had a good start with Masood's opening partner Abid Ali falling to Abu Jayed thanks to a poor shot. Pakistan captain Azhar Ali then joined Masood and almost saw the hosts through to the end of the first session. Three overs before lunch however, Azhar got an edge off Abu Jayed that flew to slip where Najmul Hossain Shanto made no mistake. The pair had put up 91 for the second wicket.

Bangladesh would only go on to get one more wicket in the day. They would have dismissed Masood before he got to his century had they appealed for a catch of Rubel Hossain as the batsman had got a thin edge on it before the ball flew to the wicketkeeper.

He reached his century in the 53rd over and was dismissed in the 54th after he was late to a rather innocuous delivery. He missed it and the ball hit the middle stump. Tea was called after the next over.

Babar and Shafiq then took the Bangladesh attack for a ride in the third session. Babar raced to his fifth Test century, bringing it up with a four off Taijul Islam. The fading light then forced an end to the day's proceedings.