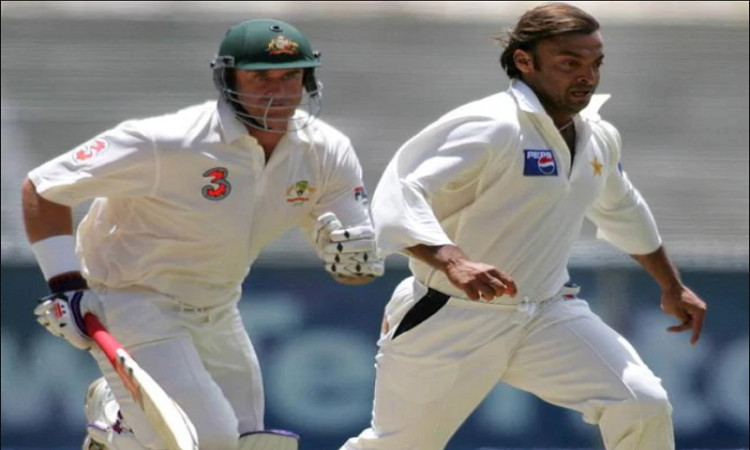 AUG, 10, NEW DELHI: Former Australia opener Matthew Hayden recently jogged down the memory lane and recalled the time he engaged in a sledging war with former Pakistan speedster Shoaib Akhtar during the second Test of 2002 series at Sharjah.

Australia emphatically won that match by an innings and 198 runs with Pakistan getting dismissed on paltry scores of 59 and 53 in the two innings respectively.

Also Read: Babar needs to establish himself as a match-winner, says Akhtar

Hayden, who was named the Man of the Match for his fine century in the second Test, revealed how Akhtar tried to get under his skin by using profanity but the Pakistan speedster instead ended up to be the one who lost his concentration.

"Someone like Akhtar for example, I'd call him 'B-grade actor' for a start, which used to get under his skin a bit," Hayden said on The Grade Cricketer podcast, as per news.com.au.

"So I said, 'but here's the thing, dumbo. You've got 18 balls to do it. You've got three overs because you're going to turn into a marshmallow that's been left on the plane too long and is going to be dripping down and I'm going to be the one at the other end of those 18 balls that's going to be mopping it up'."

The former left-handed also revealed speaking to then-umpire S Venkataraghavan regarding Akhtar's attitude on the field and the Indian official had even given a stern warning to the Pakistan fast-bowler.

"I go right, how can I get Shoaib looking like an absolute goose and how can I tell Venkat about this? Now India and Pakistan, there's no love lost there, so I though that's my point (of leverage)," Hayden said.

"So as Shoaib's running in to bowl and he's cursing every profanity under the sun at me, I get to his bowling mark as I'm counting down his balls from one to 18. He gets to his delivery stride and I pull out. He runs at me going, 'What's the problem?'

"I said, 'I've got a problem'. I storm up to Venkat and say, 'I give everything on the game, I deserve everything I get, but within the protocols and etiquette of the game, surely you can't be running in and abusing someone'," he added.

Akhtar ended up bowling just 14 overs in the Test out of the total 92.1 over that Pakistan bowled in the innings. Hayden on the other hand, hit 119 off 255 deliveries, including nine boundaries and one six to star in Australia's massive win.