AUS vs NZ: Trent Boult ruled out of 3rd Test with finger fracture 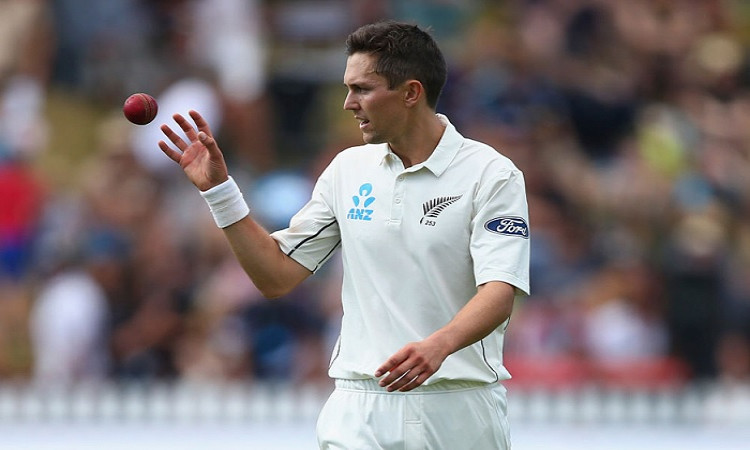 Melbourne, Dec 28:  Left-arm pacer Trent Boult will return back to New Zealand after the completion of the second Test against Australia after he suffered another injury on Saturday. Thus, he will not be able to participate in the third and final Test beginning January 3 at the Sydney Cricket Ground.

Boult suffered a fracture to the second-metacarpal of his right hand, his non-bowling hand while batting on Day Three of the ongoing Boxing Day Test at the Melbourne Cricket Ground. The right-handed batsman scored eight runs before he was bowled by Mitchell Starc.

Also Read: Aiden Markram ruled out of England Tests due to fracture

New Zealand Cricket confirmed that he will require around four weeks of rehabilitation. "A replacement player will be confirmed in due course," NZC said on Twitter.

Boult had picked up a rib injury in a Test against England last month and could not play the first match against Australia under lights at Perth as the hosts thrashed the Black Caps by 296 runs.

In the first innings of the ongoing second Test, the 30-year-old picked up just one wicket, giving away 91 runs in his 31 overs.

Australia currently have a lead of 456 runs in the ongoing Test and are poised to gain a 2-0 lead in the three-match series.