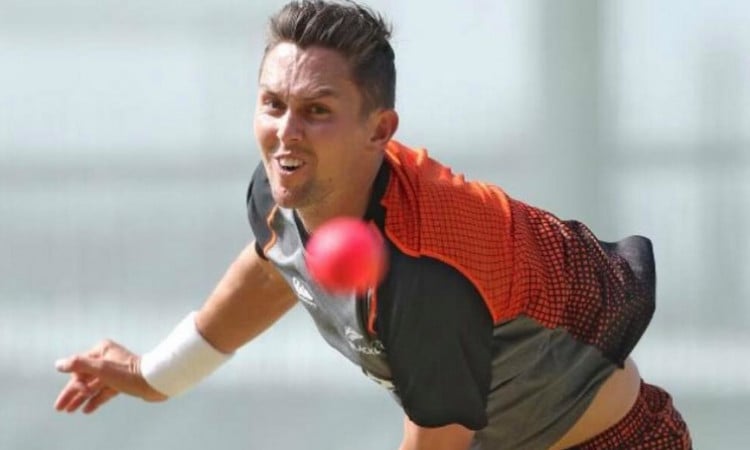 Melbourne, Dec 18:  After missing the opening Test in Perth of the three-match series, ace New Zealand pacer Trent Boult is confident he will be back in the XI for the Boxing Day Test at the Melbourne Cricket Ground (MCG).

Boult had to miss the Perth Test, which the visitors lost by 296 runs, as he had not fully recovered from the side strain he picked up during the series against England.

New Zealand will play a two-day practise game against Victoria XI later this week and Boult hopes to get three or four spells under his belt.

"It's about being confident with the overs under my belt," the pacer was quoted as saying by ESPNcricinfo.

"Feel like I'm in that place and ticking the right boxes. It's a day-by-day thing, it's about getting through each session. As I'm tracking right now, touch wood it keeps going that way. I'm very eager to get out there. It's nice to have seven or eight days. I'll be using it the best I can. It will be nice to get some cricket but guess they'll make a call as late as they can," he added.

Boult has only played twice at the historic MCG, once in the 2015 World Cup final and another ODI in 2016, and this time the Kiwi pacer wants to make the most of it.

"I don't really want to ignore it, I want to embrace it, appreciate that stage for what it is," he said.

"Test cricket is my favourite format and this is a stage a lot of people dream of being on so to get this opportunity in my career is definitely something I'm looking forward to. If I can tick all the right boxes with my body, I can't wait," Boult added.