Defending champion Australia will be up against Asia Cup Champion Sri Lanka in the 7th match of Super 12 stage in the T20 World Cup: 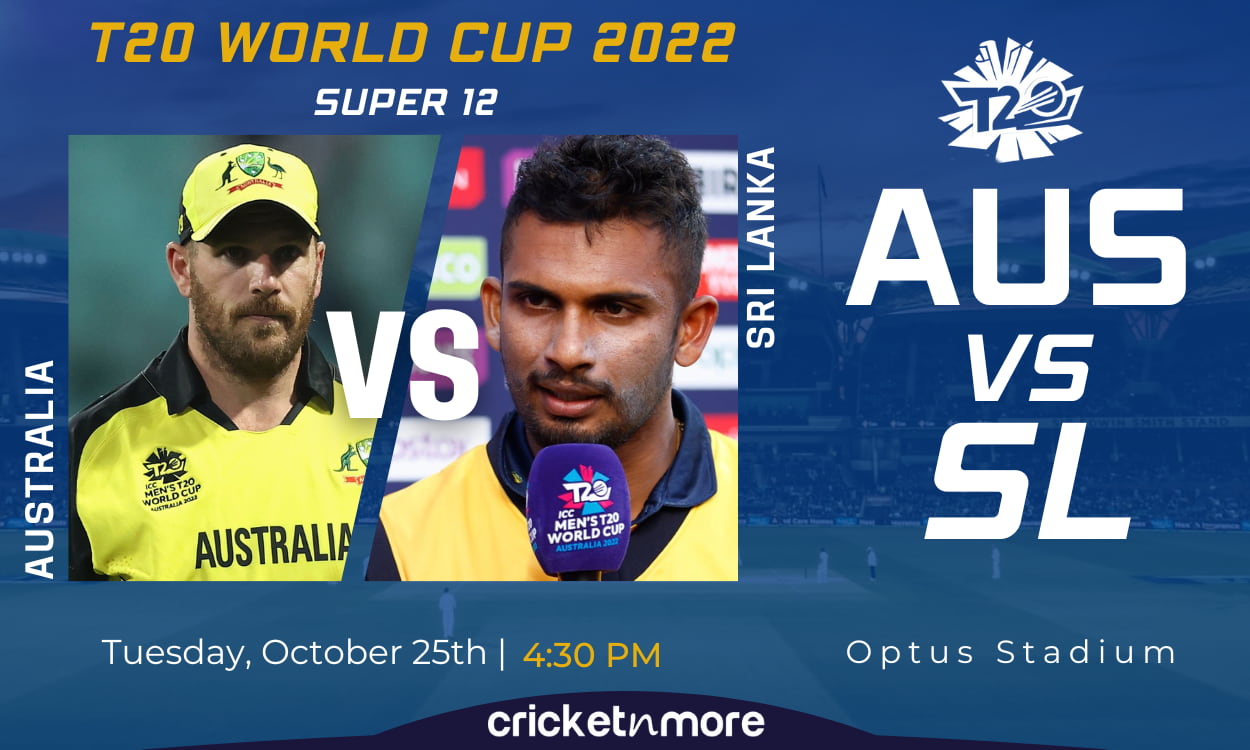 The home team Australia will be keen to get their momentum back when they will wrangle against Asian Champions Sri Lanka on Tuesday, October 25 at Perth.

Defending champions Australia faced a defeat in their first match of the World Cup at the hands of last year's runner-ups New Zealand. The Kiwi side avenged their last year's World Cup final defeat by putting down the Aussies by a huge margin of 89 runs.

In this match, the team's batsmen were flopping all over. Glenn Maxwell (28) and Pat Cummins (21) scored the most runs for the hosts. In such a situation, now Australia will have to make a good comeback in the second match.

Whereas Josh Hazlewood had achieved two dismissals, but during this time his economy rate was 10,25. Adam Zampa also got a wicket, but he also gave away runs at an economy of 9.75. Mitchell Starc, Pat Cummins, and Marcus Stoinis could not take a single wicket.

On the other hand, Sri Lanka defeated Ireland by 9 wickets in their first match of the Super-12. The team's opener Kushal Mendis scored 68 runs at a strike rate of 158.14.

Dhananjaya de Silva had come out to bat in the absence of Nisanka and he also scored 31 runs. Charit Aslanka came at number three and scored 31 runs at a strike rate of 140.91.

Sri Lankan bowlers have been tenacious in the past few matches. Even in the last match, all the bowlers took wickets.

Star spinner Wanindu Hasaranga is the team's top wicket-taker who has been economical and also smacked runs from the bat when the team lost early wickets.

Australia vs Sri Lanka will be facing each other in the T20 World Cup where Australia can get the upper hand over the Sri Lankan team.

AUS vs SL: Where to Watch?

Australia vs Sri Lanka match will be get broadcasted on the Star Sports network on TV, and Hotstar for Indian viewers.

*. This fantasy XI is based on the understanding, analysis, knowledge, and instinct of the writer. While making your prediction, consider the points mentioned, and make your own decision.