England will eye to white-wash the three-match T20I series when Buttler's team will take on Australia in the third match of the series on Friday, October 14. 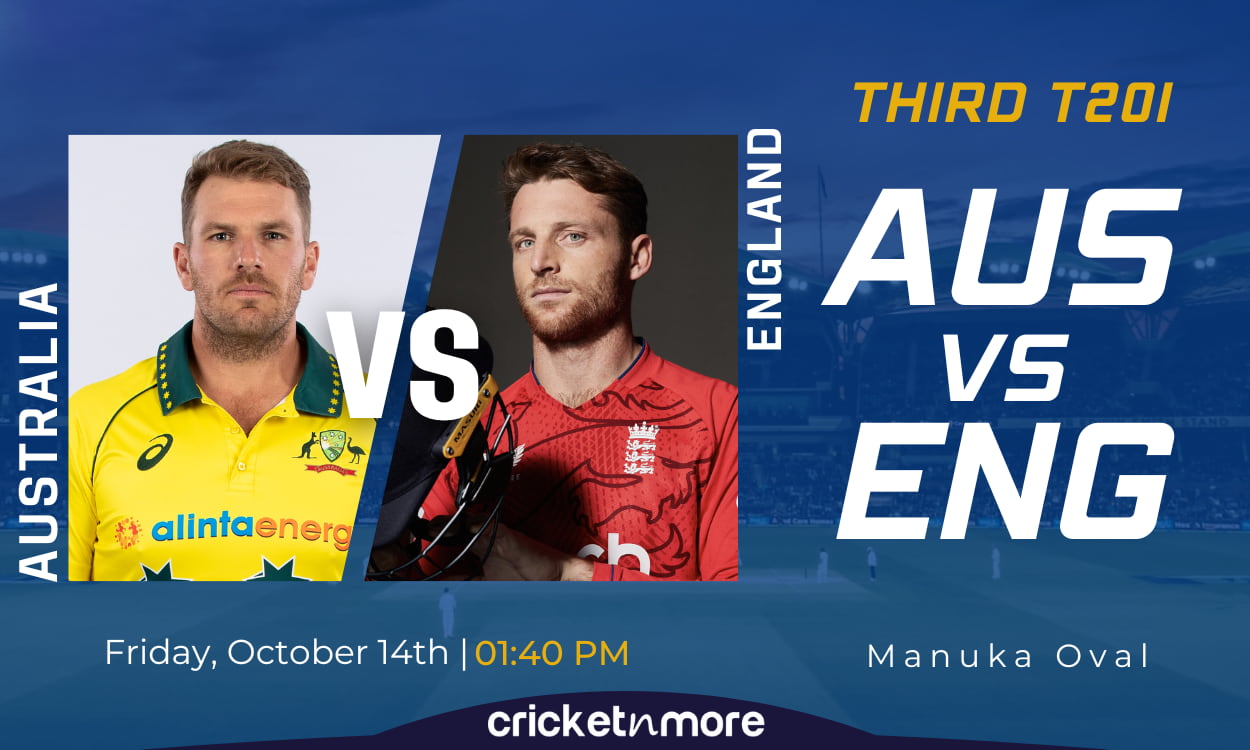 England will eye to white-wash the three-match T20I series when Buttler's team will take on Australia in the third match of the series on Friday, October 14.

After taking an unassailable lead by 2-0 in the three-match series, England will try to whitewash the Australian side in the final T20I. On the other hand, Australia will try to find some nerve and find winning ways to win the game ahead of the  T20 World Cup.

In the second match, England's dominant performance helped them to a series win. Dawid Malan top-scored the game with 82 of 49 balls and registered a 97-run partnership with Moeen Ali (44 runs), which helped England to put 178 runs onboard.

Australian allrounder Marcus Stoinis took 3/34, Adam Zampa dismissed 2/26 in 3 overs while Cummins and Starc got one wicket each with them.

Chasing the target of 179, Australian batter Mitchell Marsh (45 of 29 balls) and Tim David played a fierce knock of 40 runs on 23 balls. Apart from them, none of the batters was able to put impact, which resulted in them a loss of series.

Sam Curran was the leading wicket-taker for England who claimed 3 wickets. Stokes, Willey, and Topley grabbed one wicket each.

England will be the favorite to win the game and clean-sweep the series against Australia.

The third & final T20I match will be streamed on the Sony Sports network on TV, and Sony LIV for Indian viewers.

Both teams are likely to go with the same combination of players as played in the first two T20Is.