Australia opt to bat against New Zealand at Lord's (Toss) 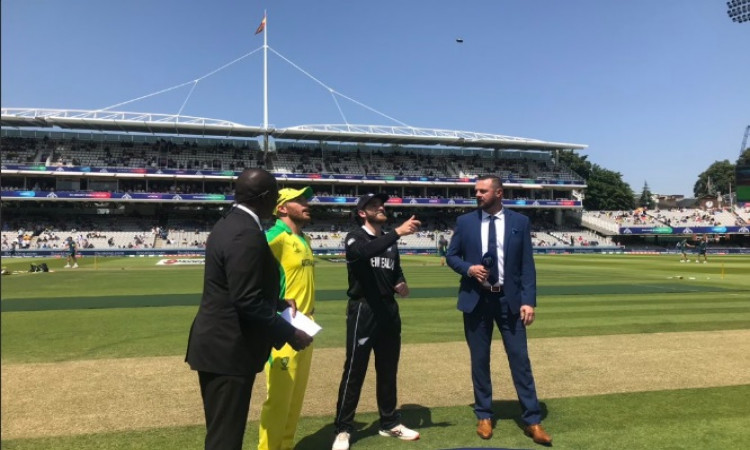 June 29 (CRICKETNMORE) Australia won the toss and chose to bat first in their World Cup group stage clash against New Zealand at the Lord's on Saturday.

While the defending champions have gone into the match with no changes from their previous game, New Zealand have brought in Ish Sodhi and Henry Nicholls in place of Matt Henry and Colin Munro, respectively.

Australia skipper Aaron Finch said at the toss that he hoped the pitch would slow down later in the day, which was the reason he chose to bat first.

"It's a used wicket and hopefully it will get slower later. A totally different wicket from what we played the other day. It's a bit dry and might spin. No changes, unfortunate for the guys who are sitting out, but we've been really flexible with the team," said Finch.

New Zealand captain Kane Williamson said that he too would have chosen to bat had he won the toss.

"We would've batted. It's important that we take some early wickets. Sodhi comes in for Henry, also Henry Nicholls comes in at the top of the order for Colin Munro. Today is a new day, a fresh start and it's about putting up strong performances. They (Australia) bring in great crowd, it should be fun," he said.