Australia opt to bat against England in 2nd semi-final 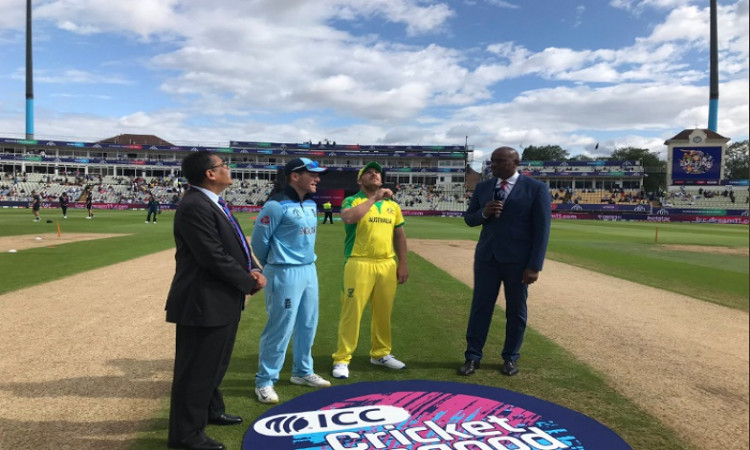 July 11 (CRICKETNMORE) Australia skipper Aaron Finch on Thursday won the toss and elected to bat against England in the second semi-final of the ongoing World Cup at Edgbaston.

Australia have made one change to their line-up -- Peter Handscomb has been included in place of Usman Khawaja. England, on the other hand, have gone with the same team that featured against New Zealand in their last league game.

"We are going to bat. I don't think it will change too much. We will try to put up a big score. Just one change, Peter Handscomb will come in for Usman Khawaja," said Finch after winning the toss.

"We would have wanted to bat first as well. The trend of the tournament has been to bat first. Although Edgbaston has been a magnificent ground. The last time we played here against India, we saw a high score of 340 and them almost chasing it down. We are not really bothered as before the World Cup we preferred to chase. I think whoever plays the best cricket will go through. We have gone from strength to strength. We are going with the same team," said England captain Eoin Morgan.